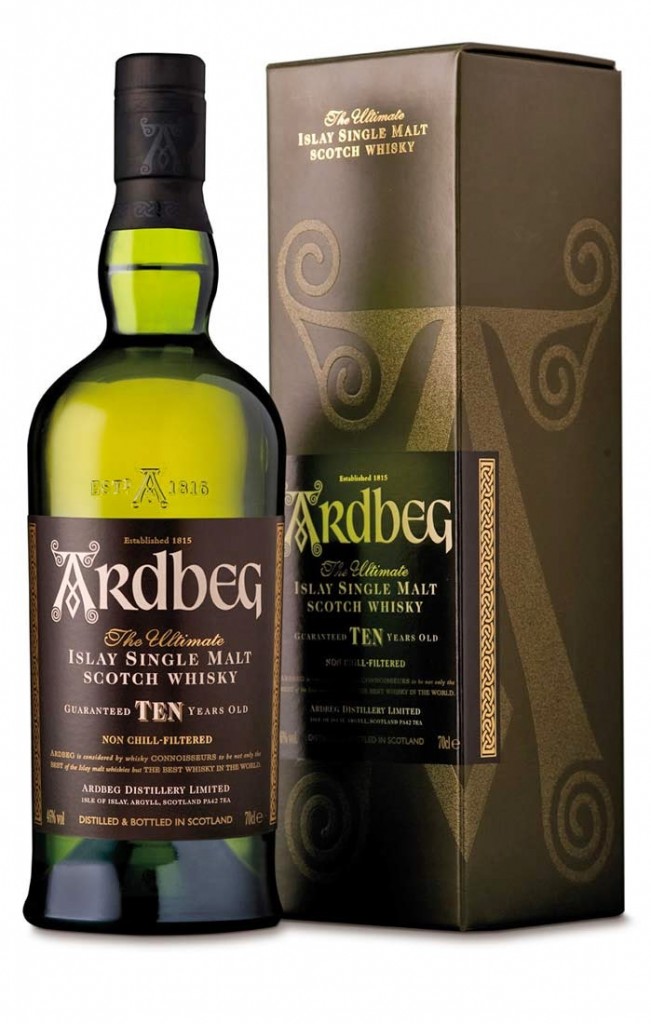 Ardbeg distillery can be traced back to 1794, but it had to be closed in the 1980’s. It almost became one of the lost distilleries of Scotland, but fortunately Ardbeg was bought by Glenmorangie in 1997. The distillery got a major investment programme and the rest is certainly a big part of whisky history.

Ardbeg 10 year old single malt was was their first expression, which wasn’t chill-filtered. Since then, Ardbeg’s releases are known not to be chill-filtered and they usually have high alcohol per volume level. Matured in bourbon casks, this 10 year old expression is one of the heavy hitters, when it comes to smoky drams. In 2008, it won “World Whisky of the Year” in Jim Murray’s Whisky Bible.

Ardbeg 10YO is like Devil’s Advocate. Tasting this dram is like going to a meeting with the Beelsebub himself, in this case: the character of John Milton, played by Al Pacino. How can something so good, be so bad for you (if taken too much)? Ardbeg 10 yrs captures all you need in a whisky. Some complexity, yet a pretty straight forward dram: balancing greatly between sweet, fruity notes and smoke and peat.

Both, the movie and the whisky are well acknowledged, yet they both are a bit controversial generally speaking. I know many, who feel that Ardbeg 10 yrs is too much smoke in one bottle. It has gotten many kinds of reviews too. Both, praises and criticism. And Devil’s Advocate isn’t on top of lists, when people talk about great movies. Still, Devil’s Advocate has 7.5/10 pts (2014/12/8) in the Internet Movie Database, which is a very good score on that platform. And Ardbeg 10YO has won:

So, in my opinion, there are lots of similarities between these two. Ardbeg is like the devil, giving you feelings of pure enjoyment in a kick ass palate. Giving you all you need but taking something in return. But I don’t mind giving something away – whether it’s a bit of my liver or my brain cells.

Matured in:
Ex-Bourbon casks
ABV: 46%
Colour: Chardonnay
Non-chill filtered, no added colour
Nose: Starts with some nice vanilla. Then continuing with strong and heavy peat and smoke with citrus salt.
Taste: Sweet notes and smoke balancing all the way. Vanilla and lemon mix, followed by some heavy smoke.
Finish: Sea salt and smoke with hints of sugary notes. Lingering very long.
Balance: In great balance and with big character. The aftertaste just goes on and on. I dare you to try it!

Probably the coolest thing I’ve seen in a while. I just discovered the Ardbeg 10 year old single malt in an Ardbeg warehouse shaped tin can. The package was just too cool to skip so I had to buy one with 60 euros. The price wasn’t bad, after all you get one of Ardbeg’s finest liquids with nice looking interior decorating element.

Review will basically stay the same because the new package and bottling still has the same core range whisky in it. Quality may vary with different batches but Ardbeg has a great track record on consistency regarding their products. Check out the product pictures below, looks cool doesn’t it? 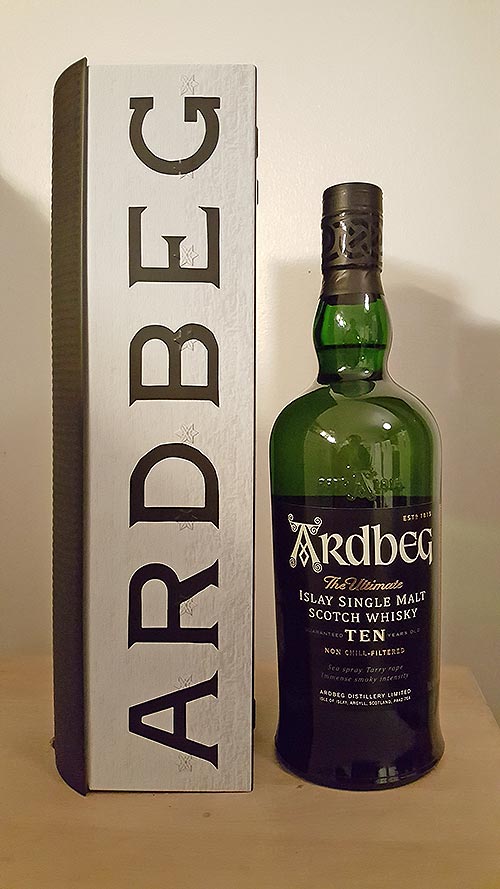 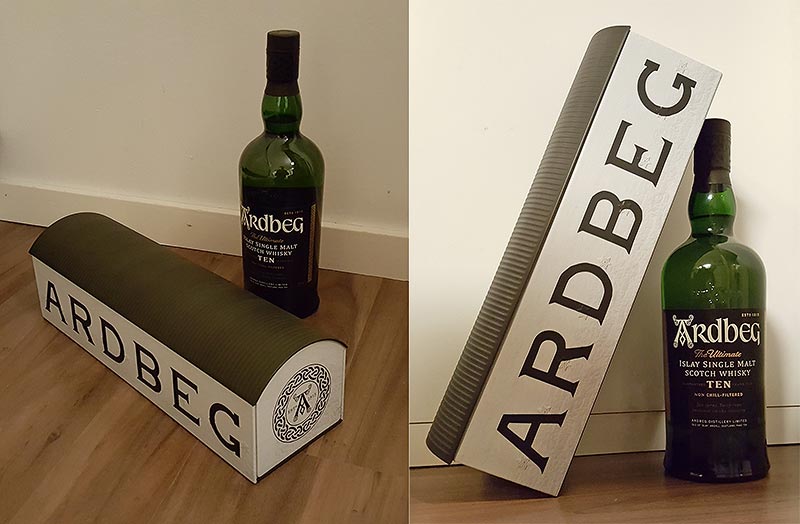