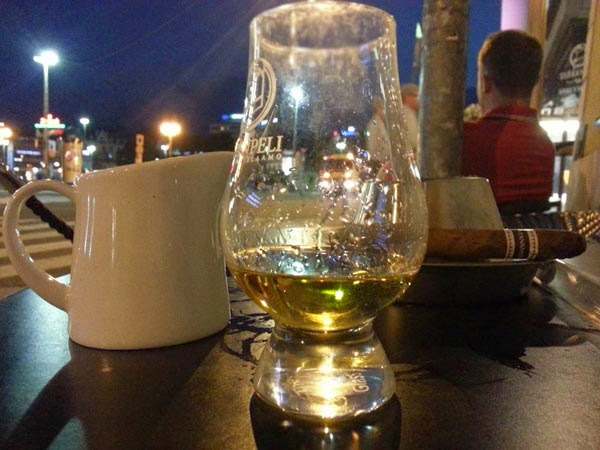 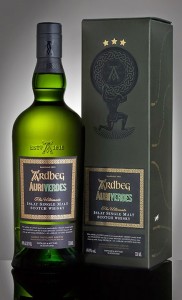 Photo from the Whisky Intelligence

Ardbeg Auriverdes, though very different from the usual Ardbegs, continues with the great quality standards, which this distillery has set in the past. This limited edition single malt whisky was launched on Ardbeg Day 2014 and it was limited to 1110 cases (6660 bottles). Ardbeg Auriverdes was distilled in 2002, so its age is somewhere around 10-11 years old.

Made for the Islay festival and Fèis Ìle, celebrating the colors of Ardbeg, it can also be associated to football. In Portuguese, auri = gold and verdes = green, like the colors of Brazil, host of the World Cup 2014.

Matured in second fill American white oak ex-Bourbon barrels, with heads removed and replaced with new American oak heads. Cask lids were toasted “using a particular (and secret) toasting regime, designed to achieve a special flavour profile, producing in particular flavours of mocha and coffee.” I didn’t get that mocha or coffee feel but I did sense other great stuff.

Thinking about Ardbeg and football and trying to move it to the film world, I immediately thought about the movie Green Street Hooligans or Football Factory. But this has more of that gentle side, with the kick ass action in the background. That’s why Ardbeg Auriverdes is in my opinion, Shaolin Soccer.

Matured in:
Ex-Bourbon barrels
Colour: Sunlight
Nose: Vanilla with citrus fruits and peat, wrapped in a little bit of smoke and oaky tones.
Taste: Medicinal notes with juicy fruits, peach being the main attraction. Hints of floral notes as well. Sweet and smooth.
Finish: Fruits linger away, giving room for the peat and some sour notes.
Balance: Another great performance from the Ardbeg distillery. This is almost like a non-Ardbeg but there’s still that peat. 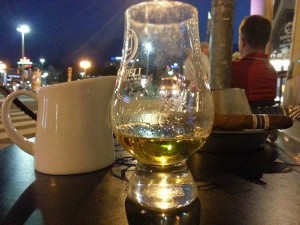