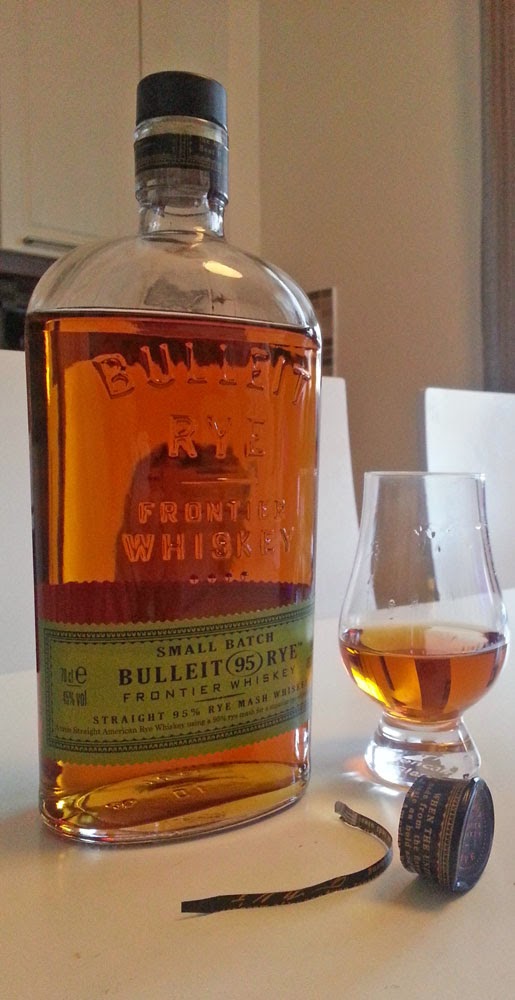 Made from a mashbill of 95% rye and 5% malted barley and comes in small batches, so you have to expect a top notch rye whiskey. And that’s just what Bulleit “95” Rye Whiskey is. This rye whiskey doesn’t have an age statement, it contains 4 to 7 year old whiskeys.

This gorgeous dram has won Double Gold at the San Francisco World Spirits Competition in 2013. It is fresh and strong whiskey, coming from Midwest Grain Products of Indiana from Lawrenceburg. They are responsible for many brands, such as George Dickel, Redemption, Filibuster, James E. Pepper, Smooth Ambler and some of the High West ryes.

I agree when it’s even available in Finland!

Being fresh and adventurous, coming from Indiana and calling itself a frontier whiskey: I’ll call it Indiana Jones. And if I had to pick a certain Indy movie, Kingdom of the Crystal Skull would be it. Just because the title fits well with this bright dram.