Quick notes on the 14th release by The Helsinki Distilling Company (HDC). This rye whiskey is 70% rye, 30% malted barley and it comes from Finland’s capital. They also make 100% malted rye whiskey. The distillery was established in 2014.

With an annual production of 30 000 liters, HDC produces small batch whiskies. This 14th release is no different. 1000 bottles have been released.

I managed to try a sample at local whisky fair at Turku (Turun Olut- ja Viskimessut) in 2019. 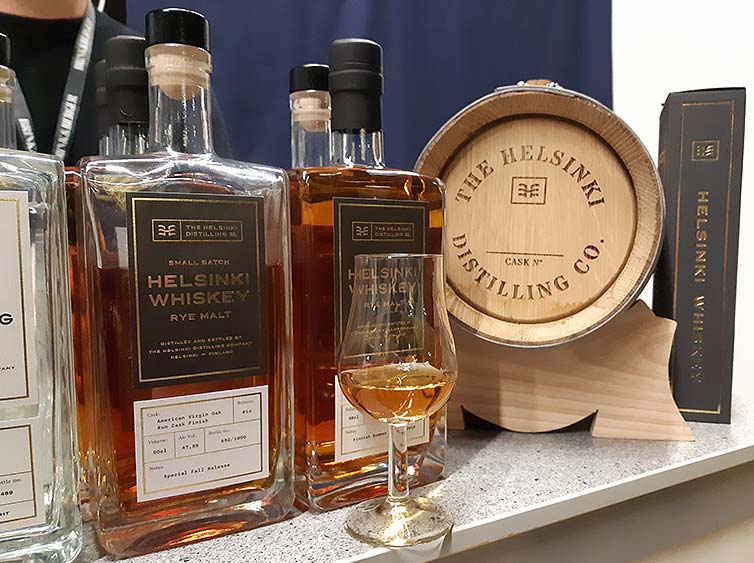 HDC counter at Beer and Whisky Festival in Turku

Release #14 is a vatting of three casks by Master Distiller Mikko Mykkänen. Firstly it’s been matured in 200 liter American virgin oak barrels for a minimum of three years. After that they’ve finished it for three to six months in rum casks previously held Guyianan and Jamaican rum.