This straight rye whiskey comes from MGP of Indiana distillery at Lawrenceburg. 1776 Straight Rye Whiskey is part of the legendary American whiskey brand called James E. Pepper. The brand comes from Lexington, Kentucky, where they are planning to open a renovated distillery in 2018. So somewhere in near future, 1776 Straight Rye Whiskey will be distilled, matured and bottled in James E. Pepper’s own distillery.

James E. Pepper is a well known brand since the American Revolution all the way through 1958. Relaunched in 2008 by the Georgetown Trading Co., they’ve bottled bourbon and rye whiskey sourced from MGP of Indiana.

1776 Straight Rye Whiskey has been matured in charred new American oak for 2-3 years and it’s non-chill filtered, bottled at 100 proof (50% ABV). Made using over 90% rye in its mash bill like Colonel James E. Pepper’s Revolutionary-era recipe suggests. He nicknamed his whiskey “Old 1776” by the way.

It was hard trying to figure out a movie reference, but I’ll state this simply 1776. 1776 is a musical drama film directed by Peter H. Hunt, based on 1969 Broadway musical of the same name.

This rye whiskey actually is like a musical, combining two completely different notes of fruits and spices together, like a musical ties acting and singing together.

I must confess, with 100 proof and over 90% rye mash bill sourced from MGP, I was expecting more out of this. As you can see from my scoring, this James E. Pepper whiskey got a good overall score. But I was expecting a much richer straight rye whiskey. Check out my tasting notes below for more information: 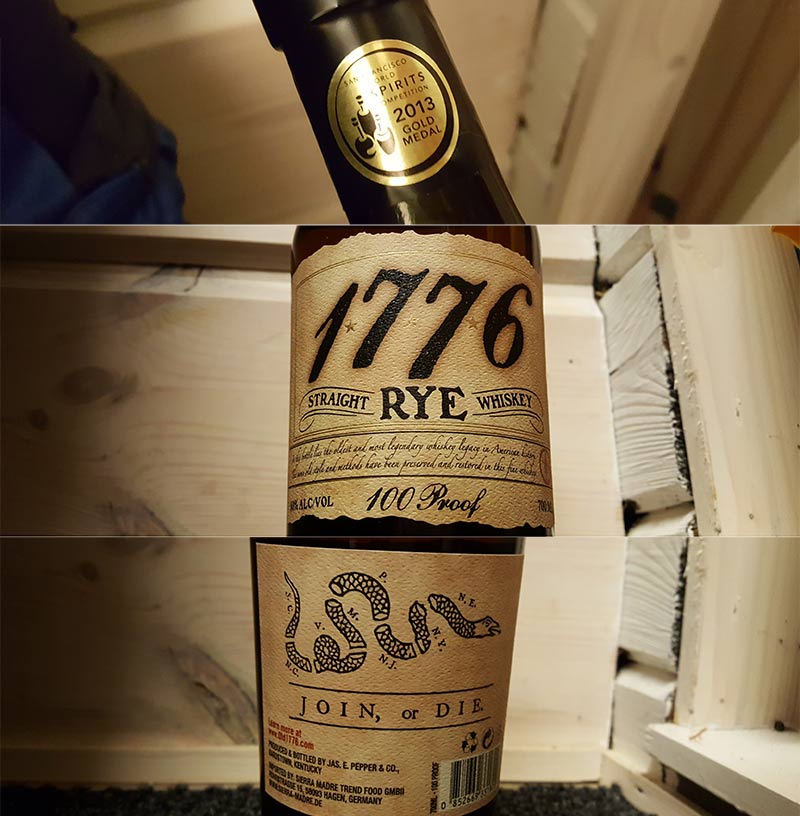