Kilbeggan Small Batch Irish Rye Whiskey is a limited edition whiskey from Kilbeggan distillery, based in County Westmeath, Ireland. It was first launched in 2018. This happens to be their first release completely produced on-site.

Made from a mash bill of malted and unmalted barley and approximately 30% of rye. So the base is mostly Single Pot Still whiskey, yet it won’t qualify as one because Single Pot Still whiskies can’t have more than 5% of any other grain than barley. That’s how the Irish made rye whiskey in the 1800s, apparently.

That’s why they’re calling this one a rye whiskey, even though below 50% rye base. That’s what made me worry a little bit. But my thirst for exploring my favorite category as much as I can, made my buy it.

I must say, the price was quite attractive as well, I paid below 30€ for 0,7 liter bottle. 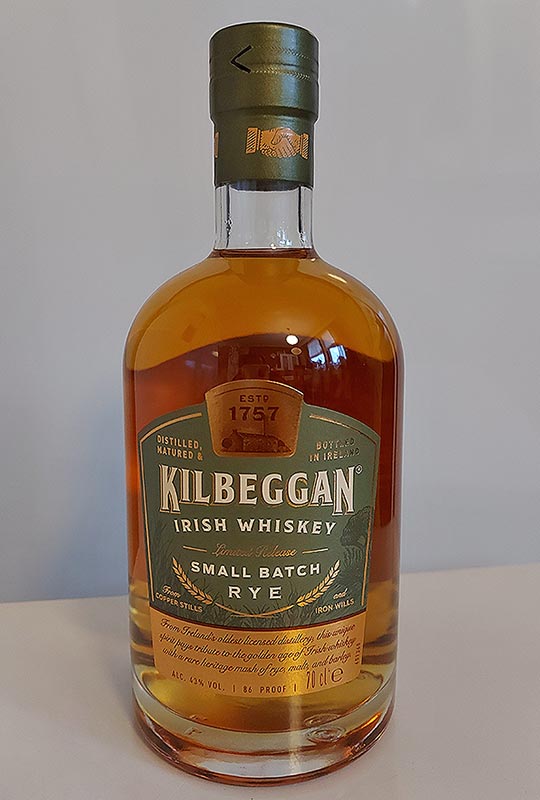 Irish whiskies are usually very easy to approach. Rye whiskies usually aren’t. This is like smooth hybrid of both of those worlds. I’d even say that this is more on the easy side.

Easily the smoothest rye whiskey I’ve ever tasted. And I say it in a positive way. Somehow Kilbeggan has managed to get the Irish smoothness, yet not compromising with the rye taste. The rye notes are there, even though they’re mild. 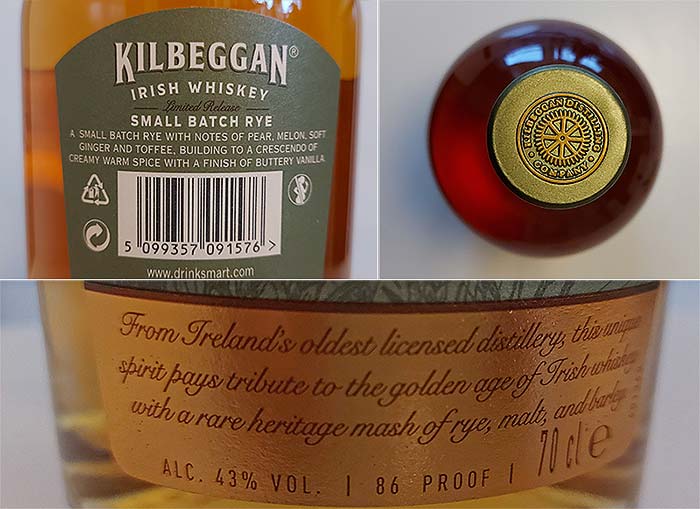 Check out my article about whiskey gifts