Ailsa Bay single malts come from Girvan distillery, which is famous for its grain whisky. The distillery is located in Lowlands and it was built in 1963 under the direction of William Grant’s great grandson Charles Gordon.

This 1.2 Release called Ailsa Bay Sweet Smoke is their second single malt release and like the name suggests, it’s sweeter than the first release. The sweetness level has been increased from 11 SPPM (sweetness parts per million) to 19 SPPM. A criteria by the way, that’s been defined by their master blender Brian Kinsman who created Ailsa Bay single malts with his team.

It is also smokier. For smoke level they’ve used 22 PPPM (phenol parts per million) instead of 21 PPPM. The whisky has been matured for first 6-9 months in former Hudson Baby Bourbon barrels (by Tuthilltown Spirits) which range in size from 25-100 liters. After that they age the whisky in first-fill and refill American oak and virgin oak for several years.

Ailsa Bay and Girvan whiskies give you an illusion that there’s bunch of lab coat people guarding the whisky making process. They use data to measure sweetness level. They’ve designed bottle labels with clinical approach.

For a whisky romantic that’s probably not the best way to try and sell whisky. Whisky enthusiasts like myself are accustomed to reading about the history of the distillery and about the traditional side of making whisky.

But aficionados are still very curious about the process. And that is something that folks at Girvan are capable of showcasing. And what’s most important, they produce good whisky. I’d love to get my hands on some older Girvan/Ailsa Bay whiskies, but I definitely like these younger expressions as well.

Matured in:
First 6-9 months in Hudson Ex-Bourbon casks, after that in Virgin and American oak
ABV: 48.9%
Colour: Chardonnay
Nose: Quite pointy at the start, sharp smoke with unripe pears. Very clean with oak and minerals. Addition of water gives more room for the oak, adding texture to it. Giving away orange peel and other tropical fruits.
Taste: Vanilla and warming spices along with citrus notes and red fruits. Very pleasant palate, lot smoother than the aromas or aftertaste. Full of fruits with hints of smoke. Drops of water makes it even fuller.
Finish: Strong and long with dry sugary peat and lots of peppers. Campfire smoke comes along. Toasted oak and red berries rise from the back, very late in the aftertaste.
Balance: Taste-wise this is great, round and full of flavors. Aromas feel more unmature and finish needs some balancing, though its nicely long and full of flavor.

Looking for whisky glassware or gift ideas? Check out these articles: 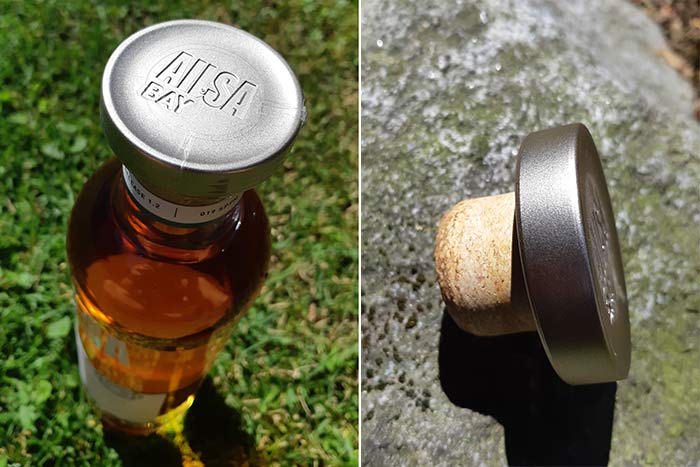