This is a review of the Girvan Patent Still No.4 Apps Whisky – a single grain whisky from the legendary single grain makers of Girvan distillery.

Girvan distillery was built in 1963 under the direction of Charles Gordon, the great grandson of William Grant (founder of William Grant & Sons). The first Coffey still installed in 1963, known as No.1 Apps, is still used for whisky making today. Apps being a distillery term for apparatus.

Four other stills have joined apparatus 1 during the following 50 years. Including a new type of still, No. 4 Apps introduced in 1992. Apparatus 4 enables MPS distillation, a definition for distilling at various pressures and in particular, under vacuum. Apps 4 allows vaporizing and distilling at lower temperatures, resulting in purer, cleaner, sweeter and fruitier spirit.

Along with Girvan’s single grain whisky, the distillery is also known for Black Barrel brand produced for Spanish, Portuguese and Italian markets in 1985. Ladyburn single malts were also operated on site from 1965 until 1975.

Ailsa Bay is most recent brand by Girvan. A peated expression, which is rare for Lowland whiskies.

This non-age-statement single grain whisky has been matured in American oak. It really is what’s expected coming out of apparatus 4. Clean and fresh, a bit young, but easy to drink.

Pure mellow dram. Nice alternative for Scottish malt whiskies. I think that this is a nice start if you want to explore the Girvan range. It’s quality makes me want to try out some more matured Girvan grain whiskies.

Matured in:
Ex-Bourbon barrels
ABV: 42%
Colour: Sunlight
Nose: Mellow and fresh. Bubbly cherry soda with floral notes. Sweet bananas and lemony notes. Crispy and fizzy, giving lots of tingling sensations when nosing.
Taste: Refreshing citrus notes with hints of spices. Fruity bubblegum notes. Juicy pears and little bit of honey. Addition of water makes this dram even juicier, and adds lots of spices.
Finish: Quite oaky. Crispy and bit spicy, even slightly peppery. Nicely long yet bit one-sided finish. Fizzy like its aromas. Drops of water takes the sweetness away and makes the aftertaste more warming with spices, and gives more emphasis for the oak notes.
Balance: Easy to drink and even though I think it’s a versatile dram, it lacks a bit in character. Hard to explain because overall, this is an okay whisky which I’m very happy to sip on quiet evening. Relaxing, refreshing and light whisky with an edge. 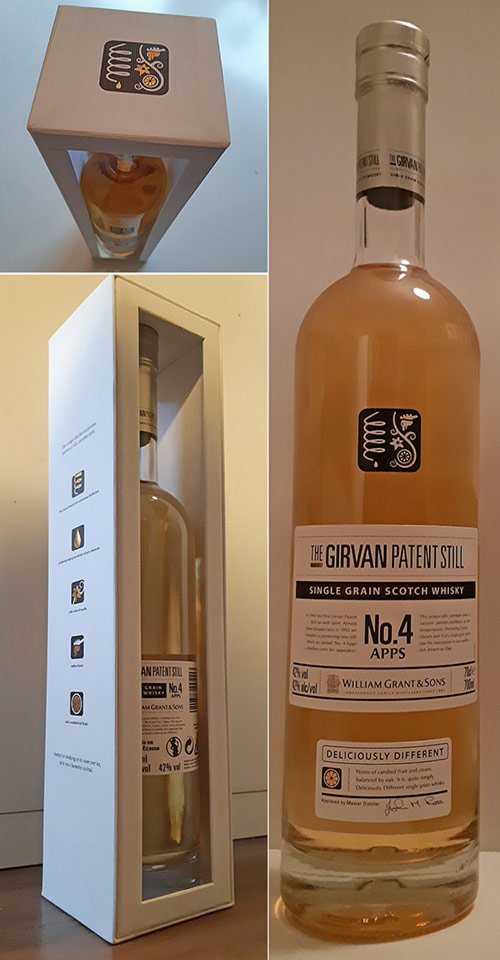