Obviously I’ve already heard that Ardbeg Uigeadail is a legendary non age statement whisky by the famous smoke whisky producer in Islay. But I didn’t know that when I first discovered this whisky by accident (got a miniature gift bottle while purchasing the Ardbeg 10yo). Ardbeg Uigeadail has made quite a reputation as one of the best NAS whiskies out there and I totally agree with the hype. Of course there are differences in batches, like with any whisky, but all of the Uigeadails that I’ve tasted, have turned out to be pure greatness. Clearly over 90 point whiskies each one of them. Check out my Ardbeg Uigeadail review below.

Going through SEVEN deadly sins with one whisky

Ardbeg Uigeadail, a very interesting marriage of young and old whisky matured in sherry casks. Uigeadail gets its name from the mysterious loch in Islay. A loch, which provides the peat-laden water used in the making of Ardbeg. Ardbeg Uigeadail is like the movie Se7en. A movie, that might fit to other whiskies as well, but because of this gem from Ardbeg, it had to be used now. 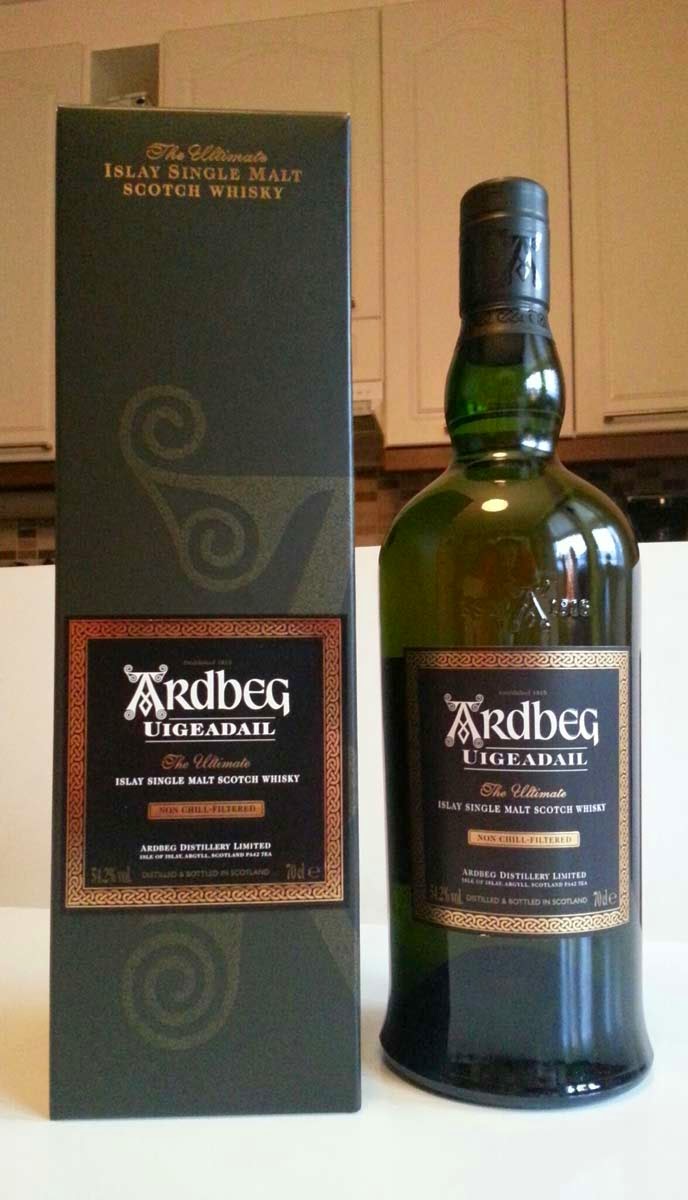 Like the movie, Ardbeg Uigeadail is in many ways very dark, with a touch of that well known burning sensation, which was also in Seven’s storyline. Seven had its many rain scenes, which were close to “Uige’s” salty (yet smoky) breeze. Kinda like Ardbegian rain?

Ardbeg Uigeadail gives some nice tension between sweet spots and rough peat smoke. Just like Seven offered a bit of laughter into the dark story with the tension between Mills and Somerset. Especially in that great scene, where Somerset (Morgan Freeman) goes to Mills’ house for dinner.

After I had taken only few sips of the nowadays very famous whisky from Ardbeg, it was easy to relate to all those modern day deadly sins:

Matured in:
Ex-Sherry casks
Colour: Pale straw
Nose: Smoke and tar start the show, slowly fading away but keep dropping by now and then. Like nosing a slowly burning driftwood. Sugary peat is the main factor, with barley and a little touch of salt.
Taste: Malt is very fruity, with powerful peat and a touch of honey. Water adds nice tones of crispy licorice with some smoke deep in there.
Finish: Long, with dry and sugary notes and peat. Cigar smoke and coffee hits the aftertaste. Great finish!
Balance: Greatly in balance with a wonderful finish. Complexity and smoke with some nice sherry influence, this is whisky heaven.

If you want to buy Ardbeg Uigeadail, check out: