Bain’s Cape Mountain Single Grain Whisky comes from the town of Wellington in South Africa. The whisky brand gets its name after Andrew Geddes Bain. In 1853 he built the Bainskloof Pass which is the road that connects  Wellington (where the distillery is based) to the interior of the country.

“Nestled near the Cape Mountains in Wellington you will find the James Sedgwick Distillery. Here we make our whisky under the watchful eyes of the Cape Mountain Leopards who frequent the area. It’s the only whiksy in the world made from South Africa grain, then matured not once, but twice by Founder Distiller Andy Watts. The result is an exceptionally smooth taste with distinctive notes of spice and vanilla.”

Label also says “Contains Colourants”. That of course is something we all would suspect so it’s not a heureka moment. But it’s nice that the producers of this whisky are being transparent.

Since being released in 2009, this South Africa’s first ever single grain whisky has won awards. One being 2013 World Whiskies Awards best grain whisky. 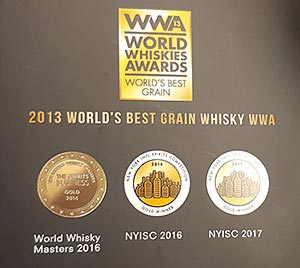 It’s hard to think this is whisky. It tastes fine but feels more like creamy liqueur. It has nice notes of butterscotch combined with alcohol. And it is very smooth.

Then again, it has some character. And it is easy to drink. It just doesn’t feel that much like a whisky. Very challenging but easy, does that make any sense?

Like watching Drunken Master – and being one after tasting so much of this easy going South African nectar.

Matured in:
First fill Ex-Bourbon casks
ABV: 40%
Colour: Amber
Nose: Crispy and slightly fruity. Bit of grapefruits and lots of toffee and vanilla. Bananas and oak.
Taste: Like a creamy liqueur, reminds me of Bailey’s. Creamy and sugary toffee dominates. Hints of warming spices. Coconut is presented as well.
Finish: Nutmeg and butterscotch notes are strong. Hints of vanilla with a punchy touch. Little bit of oak as well.
Balance: Weird but enjoyable, easy to drink. Feels more like a whisky liqueur than whisky, but can’t complain too much about it. This is very much like Bailey’s so it won’t be my go to whisky. 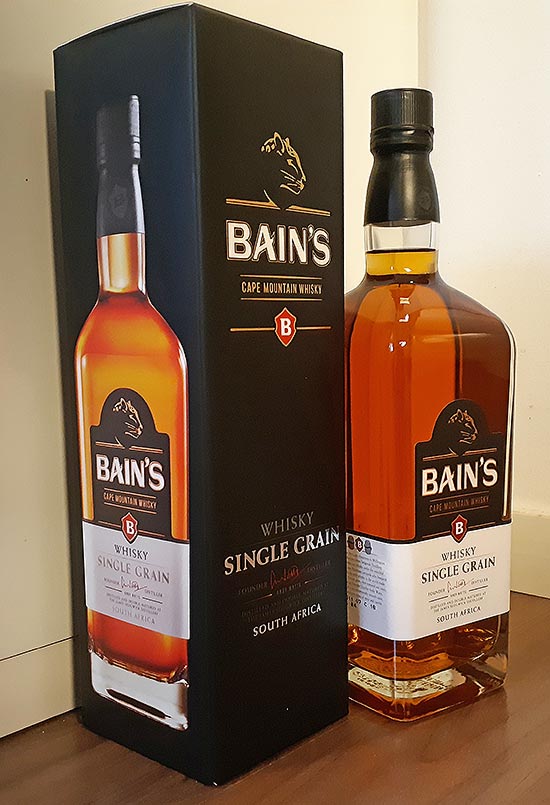