Balvenie 14 year old Caribbean Cask is an interesting dram from the Dufftown based distillery in Speyside. This single malt whisky has been matured for 14 years in traditional oak casks and after that, transferred to Caribbean rum casks to give some extra character. Always intrigued to try a rum cask finish, even though I know that there might be some dryness involved – a note, which rarely suits for me if it’s strong. 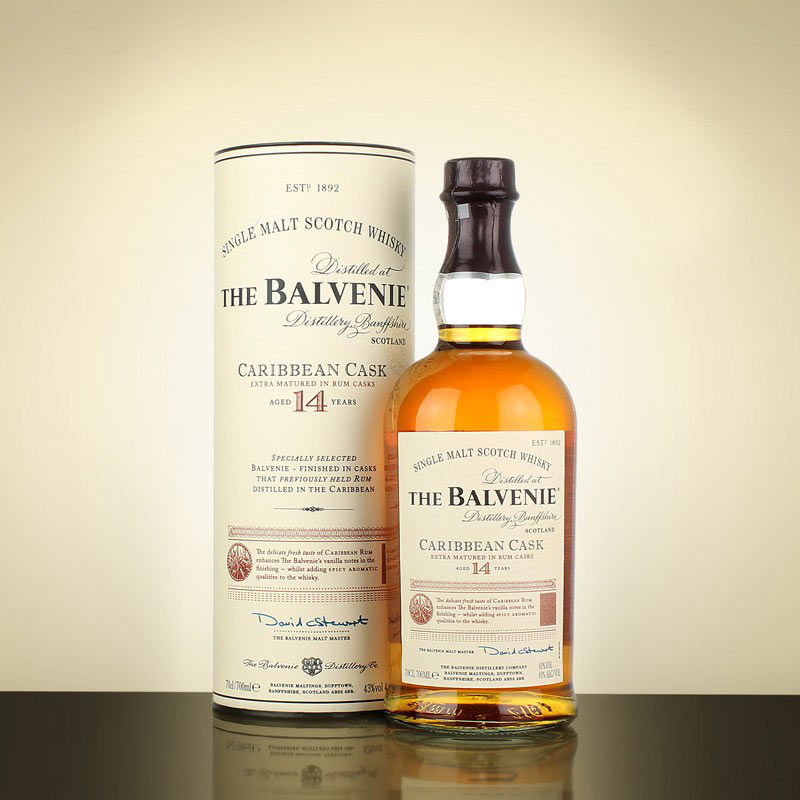 Photo by The Whisky Shop

The 14 year old Caribbean Cask by Balvenie gave some mixed emotions. Yet it has a rum-like dryness, but in the other hand it is very sweet. Like a roller coaster ride of good and not so good aromas and taste. Interestingly enough, couple of days before tasting this Balvenie, I had tried a sample of Ron Matusalem 15 year old Gran Reserva rum. I have to admit that the taste of those two felt similar. The influence of the rum is evident.

This whisky is in fairly good balance but it ends up being too flat, especially from the nose. With a finish nicely long, which just doesn’t match my taste. This Balvenie gives a warm feel of Caribbean, but not in the best way. It is like watching After the Sunset. Offers sweet spots like the beautiful scenery or appearings of Salma Hayek in the film – just to be died down by too much dryness, like Pierce Brosnan’s dry behavior on the silver screen.

Unfortunately Pierce got more screen time in After The Sunset, which is also, what happened with Balvenie Caribbean Cask. The dryness takes over too much.

Matured in:
Ex-Bourbon casks, finished in Ex-Rum casks
Colour: Young Sauternes
Nose: Fruits with oak in a mellow way. Too light for me, even though there’s a fine rum feel. Toffee with fruits evolving more on the tropical side.
Taste: Round with sweet vanilla, oak and some dry fruits. The feel of rum is also present, again.
Finish: Long and dry. The dry feel of rum is very strong. Sugar canes along with some vanilla and toffee make a small impact. But dryness wins big time.
Balance: Overall a decent dram even for my taste. In balance, probably a great whisky for rum drinkers. And especially for people who love dry whisky. Round palate, which lacks a bit in character.

79
Nose:Taste:Finish:Balance:
19
21
19
20
Distillery: Balvenie Region: Speyside ABV: 43%
Did you know?
Balvenie is truly traditional with the whisky making style. Along with locally grown barley, they use floor malting – a method only six distilleries use in Scotland.
Go to top