Labour Of Love of Bruichladdich Distillery by Philippe Grenade 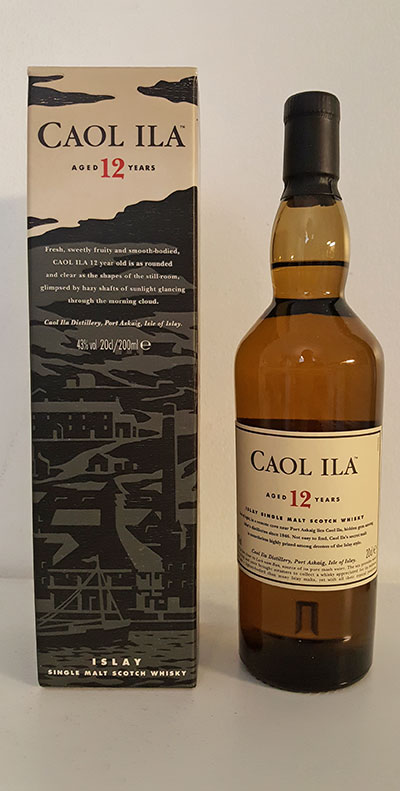 Caol Ila means “Sound of Islay” in Gaelic. Their whisky is mainly used for blending, ingredient for Johnnie Walker, Bells and Big Peat for example. Only 5% of Caol Ila whisky is used for single malts. The distillery is located near Port Askaig at the North of Islay, overlooking the cove and the Paps of southern Jura. It was founded in 1846 by Hector Henderson.

Their whisky is considered as one of the lighter Islay whiskies but the reality is, Caol Ila produces big peated characters as well. I’d say their whisky is a bit light but other Islay distilleries have toned the trademark heavily peated Islay character down a bit. At the end of the day, the difference is not that big between Caol Ila and the heavy hitters of peat (Laphroaig, Lagavulin, Ardbeg).

Caol Ila 12 year old single malt isn’t one the best ones that Islay can offer but it is a great showing from the islands of peat. Nice addition to the peaty world with different kind of nuances, than some other Islay distilleries have to offer. Caol Ila 12YO has been chill-filtered and colored, with maturation in Ex-Boubon Hogsheads.

After I revisited this dram, it felt even better than before. This peated malt is a great combination of great smoky and peaty notes mixed together with fresh and light fruity notes. This time I had to give it a higher score, it was much better than I remembered.

In some ways it’s like the movie Snatch. A good but not the greatest film in Guy Ritchie’s production history. Well, Snatch might not be the best reference out there, because it still is harsh and violent, while Caol Ila 12 yrs is sweet and sophisticated for a peated whisky.

But then again, Caol Ila 12YO does give you pretty heavy peppery smoke and peat along the way, behind its subtle cover.

Matured in:
Ex-Bourbon casks
Colour: Deep gold
Nose: Starts nicely with delicate smoked ham and citrus notes. Hints of cigar leaves. Fresh with smoke! Nose is the best part. Edit 2017/12: Smoke and herbs with lemon peel. Fresh with peppermint and grassy notes. Bonfire and bit of tobacco.
Taste: Almost full. Oily with tar and delicate smoke. Sweet honey. Edit 2017/12: Peppery, sweet and fruity. Exotic with sophisticated smoke. Tar with juicy and watery melon. Very malty, just the way I like it.
Finish: Finish is rather long but for my taste, lacking some smoke. Even though the smoke is there. Peppery and sweet. Edit 2017/12: Nice length, peppery notes are strong again. And that sophisticated smoke gets much stronger. Nicely oily and bit fruity. Lemon peel hits very late in the aftertaste. Bit dry and peaty.
Balance: Nice peated whisky, an okay dram from Islay. Smoke in a smooth and delicate way. Subtle and sweet side of Islay. At some point I said, great smoky whisky for beginners but now I’d say: start with the “heavy smokers” like Ardbeg 10YO or Lagavulin 16YO when you’re in the beginning of your whisky adventure. And move on to the likes of Caol Ila and other gentle smoky drams. I’m not sure if I can call Caol Ila gentle, but it is wee bit softer than Ardbegs, especially when compared to Ardbeg 10YO. 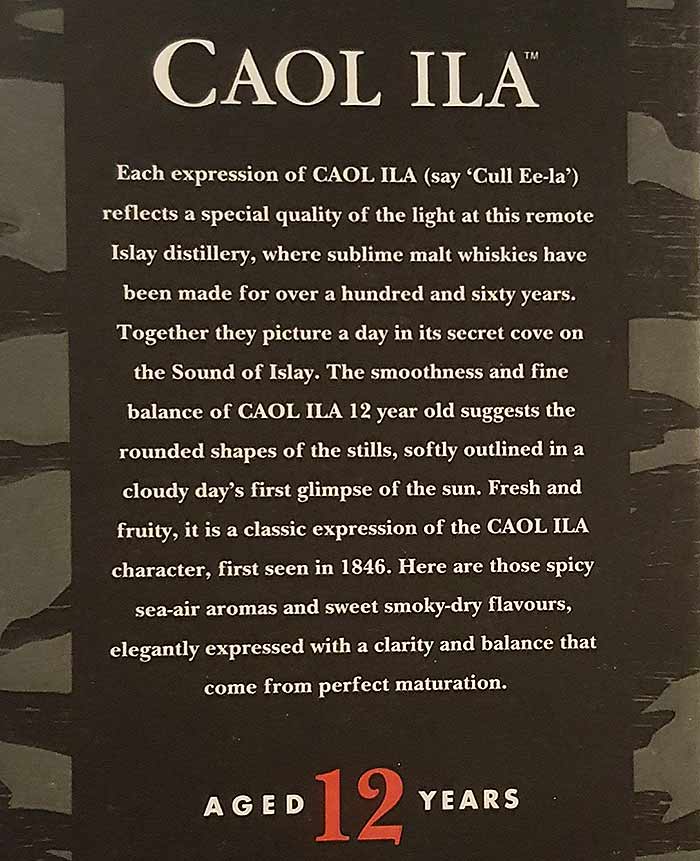