Edit 10/21/2015
Tried Connemara Peated at our local whisky society’s Irish whiskey tasting. I made my score a bit higher from the first notes. I found it differing quite a bit from my original notes, but decided to leave both notes mixed in together. So this review is a mix of the old and new experience.

Connemara Peated Irish Single Malt is what I call, a contender. Contender in the world of peated whiskies – not a super heavyweight nor even a heavyweight. Nice addition into the smoky whisky category. It really got me excited to try Connemara’s whole range, especially the Connemara Turf Mor. 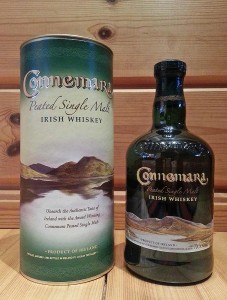 ON THE WATERFRONT of peated Ireland

Connemara Peated got me thinking of the great Elia Kazan’s film, On the Waterfront. Which by the way, has probably the best performance by Marlon Brando ever. Connemara’s peaty single malt reminded me about Brando’s character Terry Malloy, giving the famous speech to his brother (played by Rod Steiger): “I could have been somebody, a contender”

In my opinion, Connemara has made a promise with the Peated Single Malt. A nice little promise to (peated) whisky drinkers. “Join us, we are a contender.” 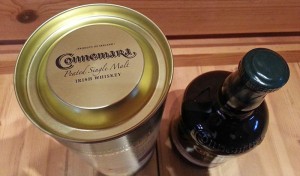