I’ve kept my old bottling of Highland Park 18 year old stashed away in my cabinet. In fear of too much oxidation, I’ve transferred it to a smaller bottle after halfway through.

Then, in autumn of 2018 we decided to have a Highland Park tasting with the 18YO presented. It was time to test if it had lost some of its power.

I found out that it had lost its deep smoke which gives away some nice salty licorice. Otherwise than that, still a great whisky with lots of floral and fruity notes. Doesn’t lose much of its greatness.

Simply amazing dram even though been buried in my cabinet getting oxygen for couple of years. Check out my original thoughts written in 2015, below:

>Highland Park 18 year old single malt is a Gold Medal winner of the 2005 San Francisco World Spirits Competition. Praised by Whisky Bible’s Jim Murray, along with many other whisky writers and critics all over the world, one intriguing movie comes to mind: The International, starring Clive Owen.

Like The International, Highland Park 18YO offers lots of complexity and excitement. The International has great action scenes and beautiful locations. And a storyline, which forces the audience to think. It has all the ingredients of a good movie, just like HP18 has the ingredients for all-encompassing whisky: sophisticated nose, rich palate with mellow and aggressive notes.

Best part of Highland Park 18 yrs is that deep smoke on the palate and mostly, in the finish. This dram has great depth in the smokiness and I like to think, it is HP18’s “signature move”. An asset, which very few whiskies have. Probably that Orcadian peat given enough time in the sherry oak casks.

It’s no wonder, that this dram is highly appreciated and awarded, like a whisky for everyone in every nation. Pleasant, yet mysterious. Sophisticated, yet edgy. Literally – The International. 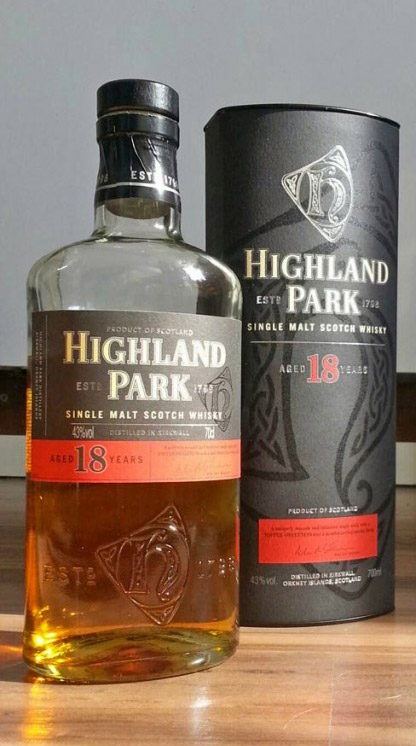 Matured in:
Ex-Sherry and Ex-Bourbon casks
ABV: 43%
Colour: Pale gold
Nose: Dried fruits and floral notes rise very smoothly. A bit too delicate for me but still, a good nose. Delicate smoke along with toffee. Not the best part but I ain’t complaining either.
Taste: The palate is very rich and creamy. Offering oranges, toffee and honey, along with lingering oak. There’s some sharp, yet subtle smoke lurking on the back. That smoke follows you in the finish as well, coming from the depths.
Finish: Round and spicy with a great long finish. Rich finish, that you could chew on forever. Honey and peat make the main attraction. Then there’s that deep smoke raising steadily from the background. Salty smoke with licorice, feels like salmiac (Finnish national treat).
Balance: Rich flavors, complexity, good balance – soft nose being a bit of an exception. Nose getting a score of 22,5, being the weakest part, tells you a story how good this single malt is. Great sensations in a full and smooth, yet sharp package. 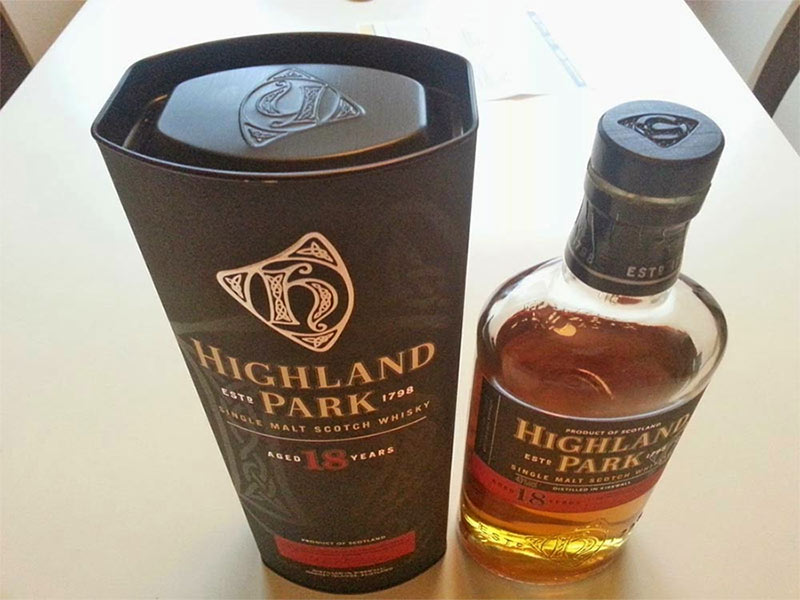