Jim Murray is the author of Whisky Bible – a controversial, yet comprehensive whisky publication. Each year Whisky Bible offers new ratings and lots to talk about. Jim Murray has said that he fiercely guards his independence and honesty. Two factors, which have often been doubted by whisky enthusiasts. I myself think that there is a place for Whisky Bible in the world, even though it’s just a one guy’s preference. It is important that everybody finds the best critics for themselves. After all, when it’s a matter of taste, there will always be many opinions. But one thing is for sure: Jim Murray knows very much about whiskey. He also has prestigious people behind him. For example, famous freelance whisky writer Dominic Roskrow states:

Whisky Bible is filled with whisky ratings and it offers quite a take on newly published whisky expressions. It is a good guide for whisky, even though it’s controversial.

You can check out the lowest prices from here:

Other thing that usually raises eyebrows is the fact that Jim Murray announces the best whisky in the world. Is that something you can even do, when thinking about all the subcategories regarding whisky. There are single malts, blended whiskies, blended malts, American whiskeys a.k.a bourbons and rye whiskies. There are several countries, who produce whisky in a different way. It is quite hard to claim one above other – whiskies differ from each other so much. Jim Murray fortunately has categories in his book, like all the major competitions. But when Whisky Bible’s winners are being declared, Murray always announces the best whisky in the world. That usually raises a big debate and lots of underrating from whisky aficionados.

Who is Jim Murray?

Jim Murray’s Whisky Bible is an ongoing project, the first book came out in 2003. It offers tasting notes and ratings for around 1000 newly released drams. It also has the old ratings by Jim Murray from the past, nearly 4000 whisky brands reviewed overall. So there’s another fact which can be used against Whisky Bible. Mr Murray tastes so much whisky each year that he has to spit out most of his samples. Which means that he misses an important part of the whisky, the aftertaste, or finish like it’s usually called in reviews. It’s funny how Whisky Bible always has the finish also rated and described, even though Jim Murray usually has to skip that part. Before Jim Murray became the world’s first ever full time whisky writer, he was a national newspaper journalist. He wrote for newspapers like Sunday People and Daily Star. It’s believed that since 1975 (Talisker being the first), he has visited more distilleries globally than any person. Other publications by Jim Murray:

Whisky Bible is not for me

But I don’t want to judge it. It helped me a lot in the beginning of my whisky enthusiasm. 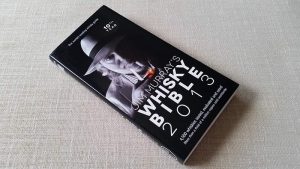 I have the 2013 edition of Whisky Bible

I’ve noticed that my taste doesn’t usually match Jim Murrray’s opinions. I think that Jim Murray does good things: offers much information about new whiskies and classic bottlings in a compact package. I just usually don’t like the same whiskies, which he tends to like. That’s why it is important to recognize the critics who are on the same page with you. I realized quite quickly that Jim Murray’s Whisky Bible wasn’t for me taste-wise. But it still gave me some good information about what’s happening in the whisky industry. So as a whisky aficionado, I think that Whisky Bible suits very well especially for people who are new to the world of whisky. And of course, for people who share the same taste as Jim Murray.

I myself have found out few whisky reviewer, who share the same kind of taste with me, when comparing their notes and opinions with mine. For example, vlogger called Ralfy has been on the same page with me many times. You can check out his videos from Youtube.

The late beer and whisky critic Michael Jackson offered lots of good reviews. Good in the way that each review was very informative and thorough. His publication called Malt Whisky Companion is almost a must-have for whisky fans all over the world. 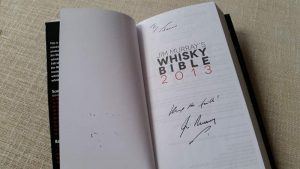