New Valamo aka New Valaam is an Orthodox monastery established in 1940, located in Heinävesi, Finland. The monastery was established in its present location in 1940. In Finnish Valamo monastery is Valamon luostari, or Uusi-Valamo, like their postal address states. In July 2014, Valamo Monastery Distillery started distillation of whisky in Finland. They are planning to be the biggest whisky distillery in Finland, with an annual production capacity of 120 000 litres. First batch will be released in 2018. 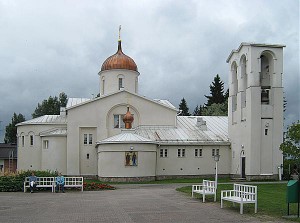 Focusing on unpeated and peated whiskies

The idea for making whisky begun in Hermanni Winery in Ilomantsi, when the entrepreneurs of the winery – Harri Turunen, Timo Kettunen and Arto Liimatta – were talking about new business plans with Arttu and Samuli Taponen. From Hermanni Winery’s premises, they “found” an old copper pot, which had been used for making fruity liquors. They decided to test it for whisky distillation and when the recipes of Timo Kettunen felt promising, they decided to carry on with malting and cask testing. They made 3500 liters for maturation in Valamo Monastery’s warehouse. The capacity of the copper pot in Ilomantsi was only 150 liters, so they decided to order a bigger one, a 1000 liter pot from CARL Artisan Distilleries and Brewing Systems in Germany. Mash tun was made in a workshop partly owned by Samuli Taponen.

Valamo Monastery Distillery will be producing unpeated whisky along with peated whisky – with maturation in old Church Wine or Ex-Bourbon casks (200 liters). If you’re planning to buy your own cask from Valamo, New European Oak is available too. As a phenol loving peat head, who likes a sherry maturation or finish with a smoky malt, I’m keen on tasting their peated expression matured in church wine casks. The church wine is Madeira type of sweet wine, so the marriage of peated whisky and sweet church wine casks sounds tempting. I was already thrilled about the fact that there will be a Finnish whisky distiller making smoke whisky in Finland. From Finnish barley. So my excitement for this Finnish smoke whisky grew even bigger when I heard about the sweet church wine expression. This will be a very exotic whisky coming from Finland. 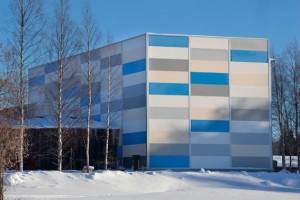 New warehouse made for whisky storage

The plans are big – they built a 500 square metre warehouse of modern architectural design to Ilomantsi, Finland. Head designer of the warehouse was Arto Liimatta, one of the men behind the actual whisky. So lots of the actual ground work has been made by the guys behind the whisky. I must say, I’m really looking forward for their products, even the unpeated ones.

The new warehouse has a capacity of 450 000 liters. It holds up to 2200–2300 whisky casks, which will be a 10 years production. The current 1000 liter pot ordered from Germany, will allow 40 000 liters of whisky annually. But like stated at the beginning of this article, Valamo’s plan is to make over 100 000 liters per year somewhere in the future. The distillation will take place in the monastery in Heinävesi, Finland. They will ship all of the malt whisky to Ilomantsi warehouse for maturation.

Jarkko Nikkanen, a famous whisky enthusiast and Edrington Finland’s Whisky Brand Ambassador already provided tasting notes of the small batches made before the actual whisky production for retail market. Like mentioned before, in 2011 they already made 3500 liters of peated and unpeated whisky. It was matured in Valamo Monastery’s warehouse and few people have had the chance to taste various samples. Jarkko Nikkanen being one of them.

Nikkanen describes all of Kettunen’s and brothers Taponen’s malt whisky testings in a promising way. Especially the first distillate batches of Valamo Peated get some nice reviews by Nikkanen: 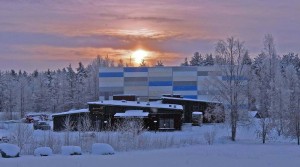 Another great view of the whisky warehouse, photo from Herman’s vineyard Facebook page

The first peated spirits of Valamo Monastery were made with 35 ppm (phenolic peat level). The malt was from Belgium, while in their final products for retail, the malt will be from Finland. Nikkanen also tasted actual whisky by Valamo – single malt matured over 3 years. In his notes were four different batches, all offering a promising start for Valamo’s journey in whisky making. I don’t have the strength to write all of his notes but let’s say that major themes for these four malt whiskies were chocolate notes and Hicks, along with toffee, fruity, nutty, toasted and minty notes. Each batch having a character of its own, of course.

I’m sure that Valamo Monastery Distillery will provide nice products, they are probably capable of making excellent whisky. They have the know-how and resources. And best of all, they have interesting products in mind. Looking forward on hearing more about them. Especially about the sweet smoke whisky matured in church wine casks.

First batches for retail market will be ready in the end of 2017 but apparently Valamo will release them in 2018.

Most of the information above from the Finnish book called Viskien Maailma (World of Whisky in English) by Jarkko Nikkanen.