Laphroaig Quarter Cask is quite famous single malt from the region of Islay. It was first introduced in 2004 and it has ever since made quite a reputation for itself.

The whisky used is only around five years old when it’s being transferred to quarter casks for finish. The finishing stage takes 7 months but we are still talking about young whisky here, it is said to be around six years old.

Quarter casks are small 40-60 liter casks which were used for transporting whisky on horseback during 19th century. Because quarter cask size is so small, the maturation doesn’t have to take long. Ageing of this whisky gets accelerated due to the larger wood contact.

Laphroaig is a legendary distillery. And this is one of their most legendary drams as far as I know. And now I know why the Quarter Cask is such an iconic whisky.

Powerful but rich, guaranteed Laphroaigian quality. I really like what they’ve done with this single malt. It has the same peaty power as Laphroaig 10 year old but it offers different layers of sweet notes.

This single malt offers great value for the money you’ll be paying for it. Bang for buck dram indeed! I just recently bought a bottle for 35 euros, included in the deal were two Copita nosing glasses with Laphroaig logos! 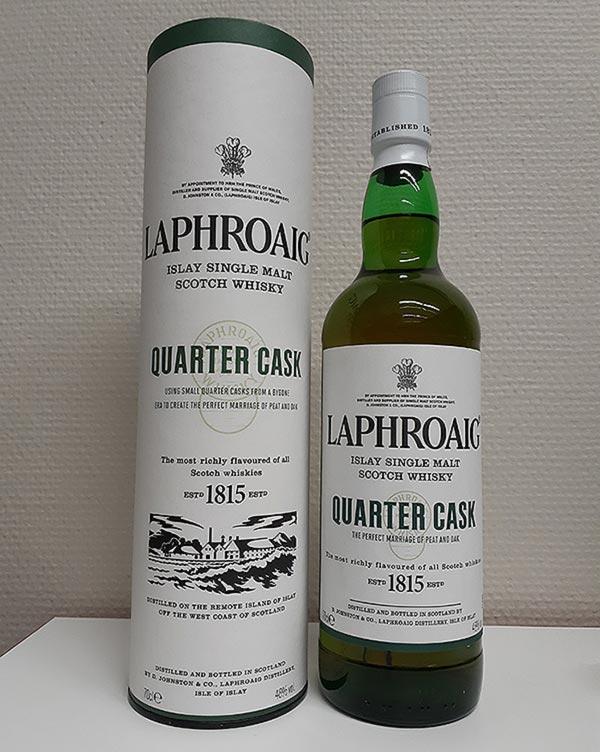