Mackmyra Brukswhisky is a core single malt in the range of the first Swedish whisky distillery. Brukswhisky has been matured primarily in first fill Ex-Bourbon barrels, yet it also contains some Ex-Sherry cask and Swedish oak cask matured whisky. It has some smokier malt too, so we are surely talking about complex whisky production. All the whiskies are kept in an old mine, which is the company’s warehouse. 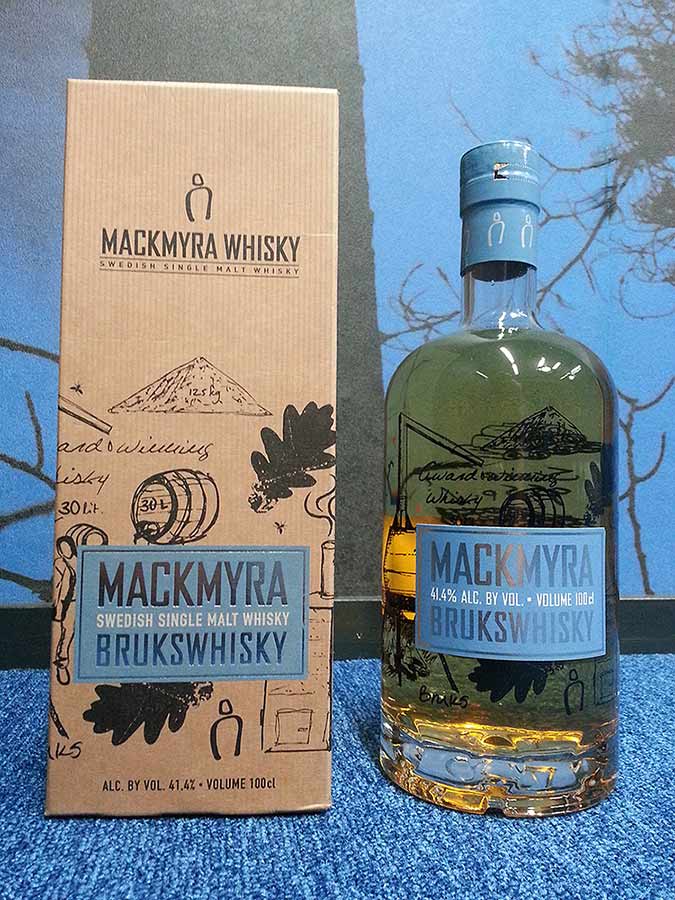 The whisky itself has complexity too, the light but characteristic palate combined with hints of smoke makes this dram quite good. In my opinion, Brukswhisky is a major step up from their first larger scale product, Mackmyra First Edition. Preludium 01 was their first ever whisky. The Whisky Exchange blog has gathered much information about the Mackmyra distillery – you can read it here.

Did someone play an AUTUMN SONATA?

I referenced my first Mackmyra experience with Ingmar Bergman’s film, so I’ll continue with that theme. This time I felt more of the good things, so I’ll state Mackmyra Brukswhisky as Höstsonaten, the Autumn Sonata. There’s little bit of summer in this dram, but it’s more like late summer, early autumn. Like a fresh whiff of air on a sunny September night.

This whisky is light, yet a bit dramatic – full of good character and little bit of complexity. Easy to drink and good. Like a Bergman movie at its best.

Matured in:
Mainly first fill Ex-Bourbon barrels, some Ex-Sherry and Swedish oak casks
Colour: Dark gold
Nose: Hints of pear and smoke, which fade away right from the start. Fresh, crispy citrus dominates. Raw green apples and some pine with salt and nuts.
Taste: Peppery and fruity. Cinnamon apples combined with some nice toffee. Definitely the best part – some earthy notes as well, with mint and hints of peat. Water makes it more minty.
Finish: Nicely oily and peppery. Hay and spices are present, I wish it was longer. Sour pine needles in the aftertaste. Water softens the finish.
Balance: Light, yet characteristic dram in nice balance. Some complexity there too – good core range dram, especially when it’s a whisky with no age statement.

Did you know?
Mackmyra’s products are very popular in Sweden. That’s why it’s not unusual for a product like Brukswhisky to delay in international export. Their domestic market is so strong, that there’s no need to export any quicker. 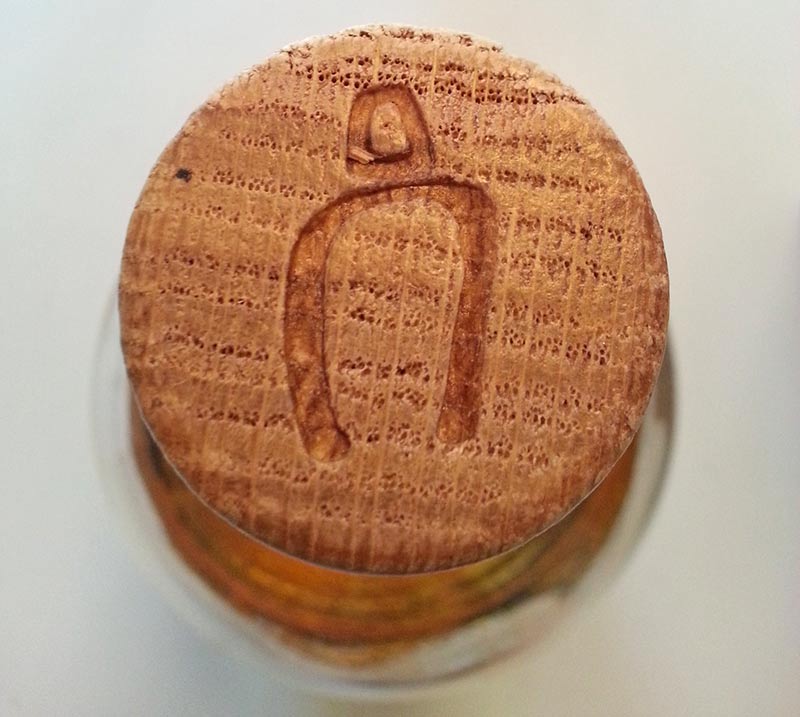 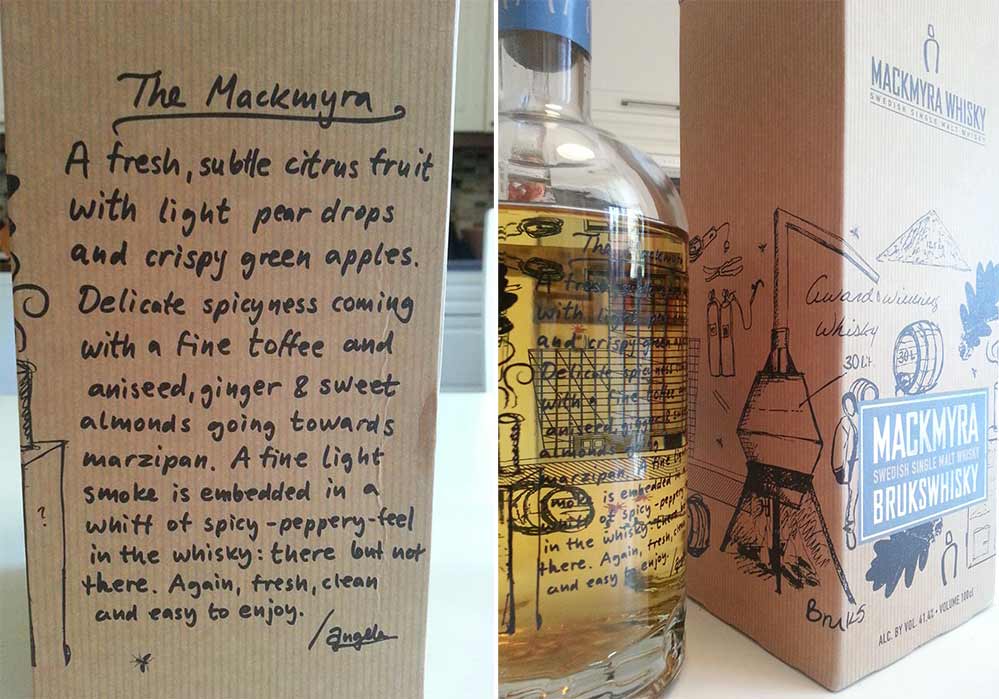 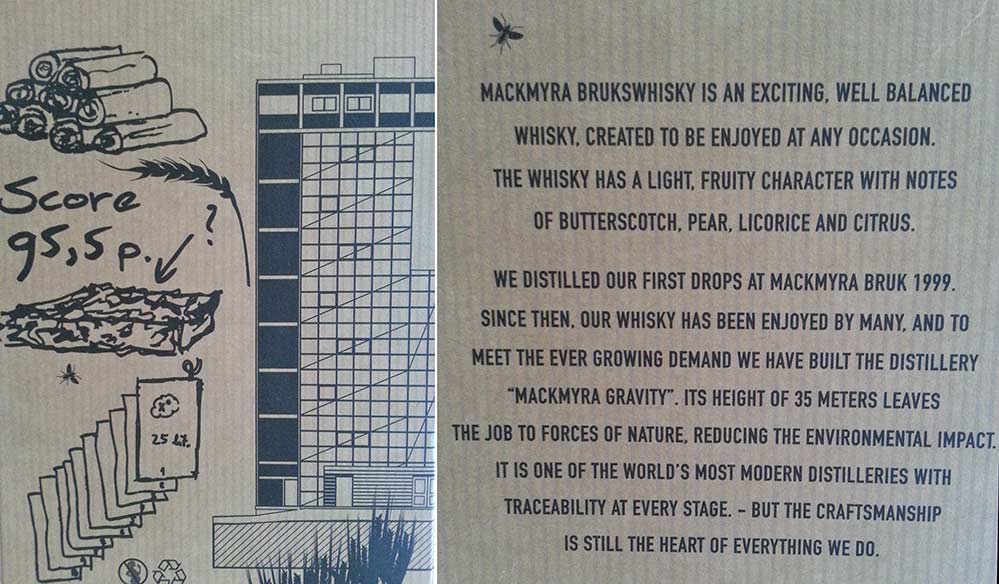