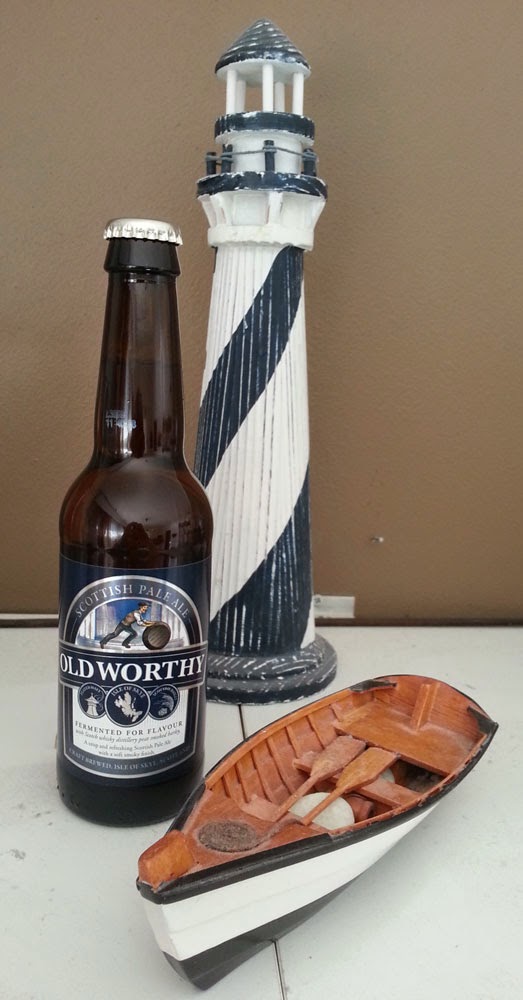 Since this is a whisky blog, I won’t get too deep on beer. But I just had to write something about this nice addition to the world of beer. I came across Old Worthy by accident, when my fiancee picked me a bottle from the shelves of Alko (Finnish liquor store in monopoly position). She had seen the word smoke in the description, which was an immediate pointer towards my liking.

Old Worthy Scottish Pale Ale is brewed with honey and peat smoked malt. Made in Isle of Skye Brewery, with malted barley from Ardmore distillery. Well worthy of tasting. Something exotic captured in a bottle. First I thought, there’s no way a smoky pale ale could work. The smoke either ruins it or doesn’t show in the taste or smell. Boy I was wrong! The smoke is there, even though just a tiny bit. And the pale ale tastes refreshing.

By now, I’ve tasted so many of these, that the wee smoke that I did detect, has managed to disappear. It is that small in Old Worthy. But it’s still a great pale ale to enjoy, especially in the summer time. I recommend you to give it a go. I bet you haven’t tasted something like this before, if you can spot the smoke!