Rittenhouse 100 Proof Straight Rye, also known as Rittenhouse BIB (Bottled in Bond), comes from the birthplace of American Rye Whiskey. At least most of the rye whiskies came from Pennsylvania and Maryland area, before Prohibition.

Monongahela style rye whiskies are known to be spicy and fruity. And they used to have a high rye mash bill, consisting of 80-100% rye grain. Rittenhouse brand comes from Continental Distilling Co. (Pennsylvania) but it was bought by Heaven Hill Distilleries in the early eighties.

So even though the brand is from Monongahela area, the mash bill is nowadays different, coming from Kentucky. It is a low rye mash bill (51%) which is typical for modern day Kentucky rye whiskey. 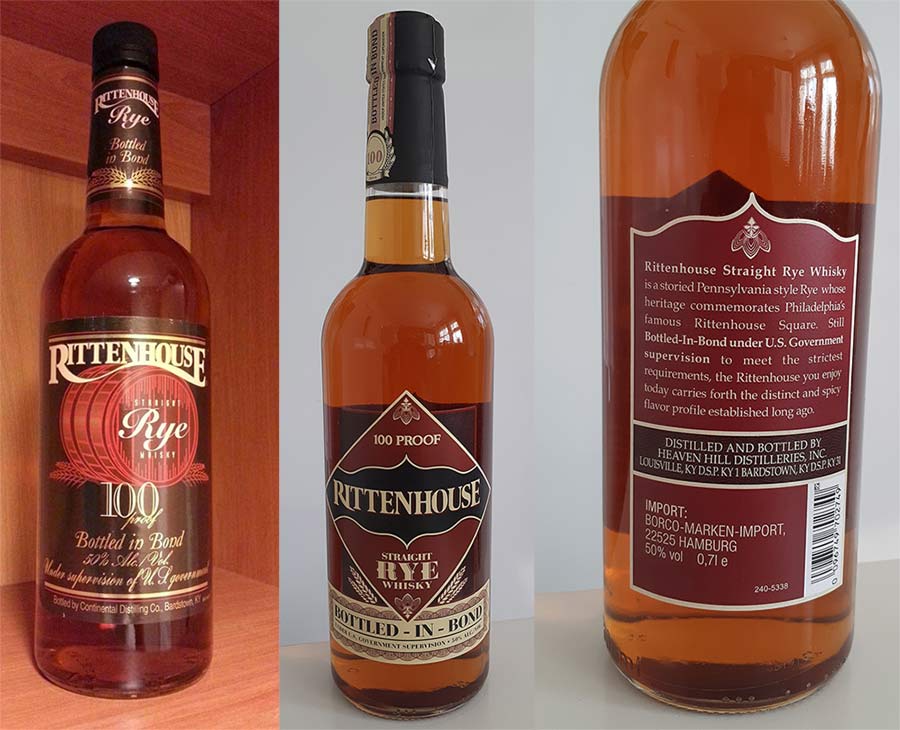 Rittenhouse bottle went through a re-design, old version on the left. One thing that remained was the screw cap, but don’t let it fool you into thinking this is low quality rye!

HOW SWEET IT IS! Rye straight up and sweet

Don’t add too much water, even though this has 50% ABV level. Water will soften this too much, only a few drops/spoonful will be enough (if you ask me).

Whisky Bible’s Jim Murray gave 83 points and Ralfy scores 87, so not bad for the price.

Mash bill:
51% rye, 37% corn, 12% malted barley
ABV: 50%
Colour: Dark amber
Nose: Starts with sweet maple syrup. Gets even sweeter, touch of caramel and tropical fruits. Sweet rye.
Taste: Sweet, dark and sugary rye, you could chew on forever. Smooth and crispy operator of mint, caramel and oak.
Finish: Medium length but bit on the light side: oaky, bitter and spicy.
Balance: Good rye whiskey in balance. Apart from the light finish. “Bang for the buck” dram! I’ve heard that this Rittenhouse is one of the top preferred ryes by American bartenders for cocktail making.

89
Nose:Taste:Finish:Balance:
22
23
22
22
Distillery: Heaven Hill Distilleries
Did you know?
That before US Prohibition in 1920-1933, almost every rye whiskey was made in Pennsylvania and Maryland. Many of those distilleries were by the riverside of Monongahela, which streams in Southwestern Pennsylvania and North-Central West Virginia. Information provided to me by Victor. Thanks! 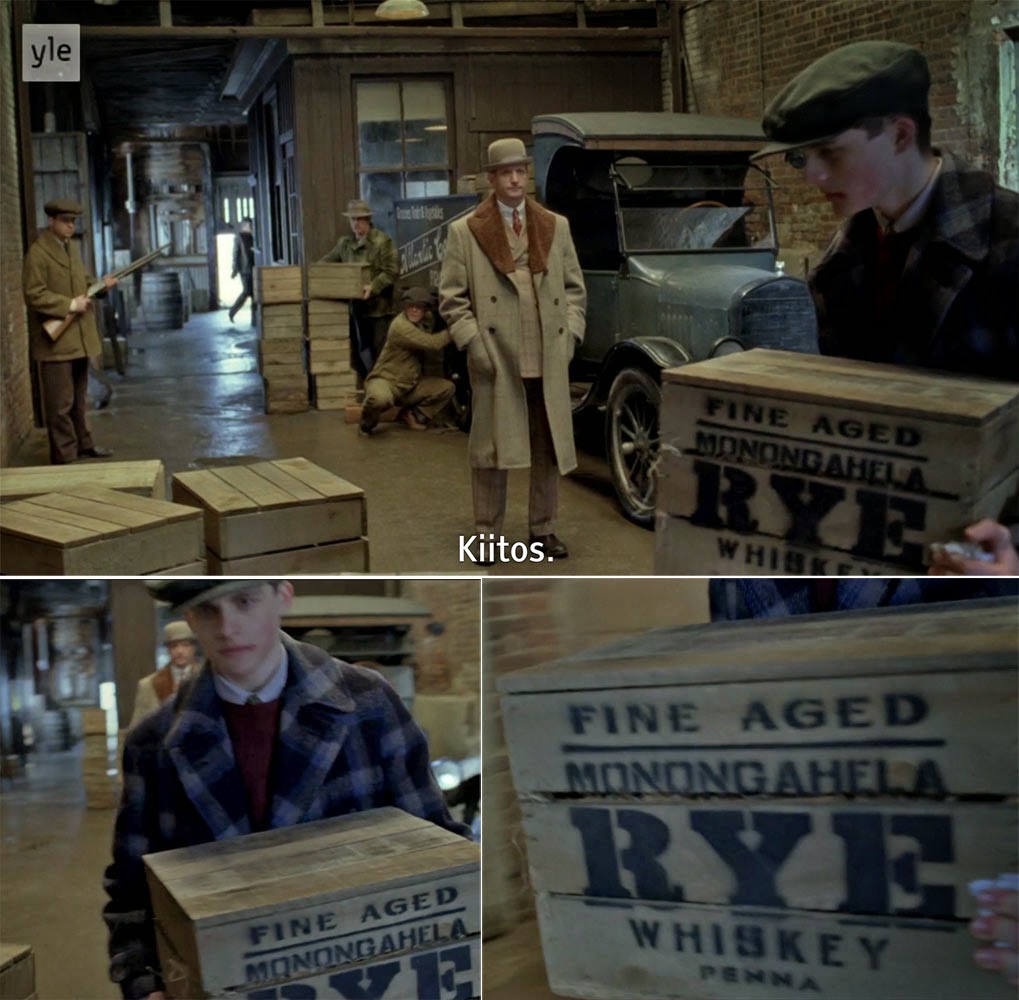