Nothing states tradition more in rye whiskey making, like mentioning the classic Pennsylvania or Monongahela style rye whiskeys in the label. That’s what Rittenhouse Rye is all about – coming from Continental Distilling Corporation in Pennsylvania, USA. Owned by Heaven Hill Distilleries, Rittenhouse is a serious contender in the world of rye whiskey. Actually my first contact with great rye whiskey was Rittenhouse 100 Proof, which is the stronger version of this Straight Rye Whiskey by Rittenhouse. So knowing that this can’t be as great, but probably good for the price I was getting it (31€). A real “bang for the buck” American rye whiskey. Rittenhouse Rye is aged for 4 years by the way.

Ring-A-Ding-Ding was I right!

I had previously tasted Rittenhouse Straight Rye 100 Proof (also known as BIB = Bottled in Bond), which was delicious and sugary sweet. This milder Rittenhouse is obviously not as strong and tasty, yet reasonably big in character. That’s what I love most about rye whiskies. They are strong, even with lower alcohol per volume level. Like the name states, Rittenhouse Straight Rye 80 proof has 40% ABV.

And it’s good, nothing extarordinary, just simple rye with enough character and low price. I couldn’t come up with any movie reference, I think I’ve used them all…instead I’ll just go along and sing with Frank “Ol’ Blue Eyes”: “Ring-A-Ding-Ding!” – I was right about this being a “bang for buck” whiskey.

Colour: Golden amber
Nose: Baking soda and nutmeg. Herbs and floral feel combined with eucalyptus notes. Rye notes are in the nose but they are very mellow.
Taste: Bitter and sturdy rye. Citrus notes and bit of a grassy feel. Cactus notes, like a mild but tasty gin.
Finish: Crispy and fast – bitter and earthy rye strikes quickly with bubbling soda feel. Wee spicy as well.
Balance: Well balanced and straight forward. Even though quite mellow like the ABV might suggest, still packing more character than many other whiskies with similar price tags. 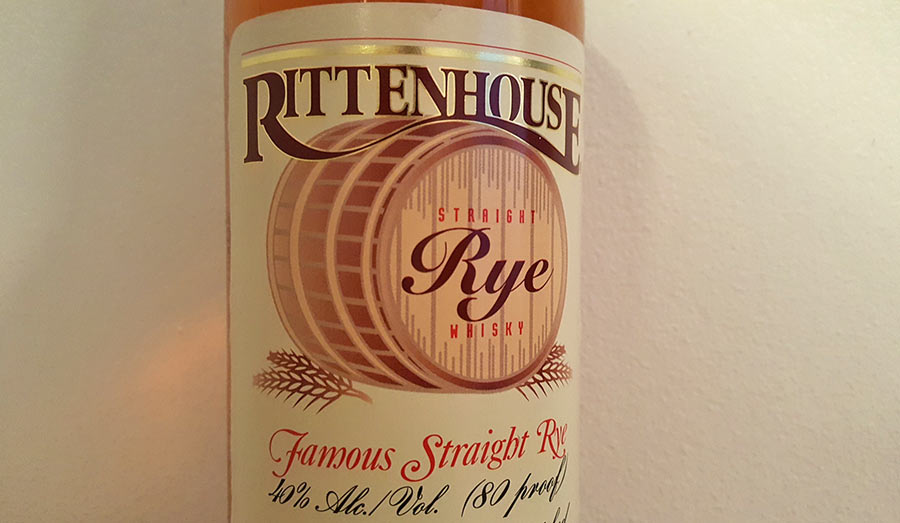 Did you know?
Before the US Prohibition in 1920 to 1933, almost every rye whiskey came from Pennsylvania and Maryland. Most of the distilleries were located by the riverside of Monongahela, streaming in Southwestern Pennsylvania and North-Central West Virginia. 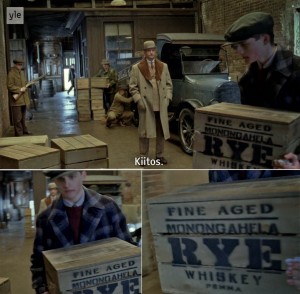