Compass Box Spice Tree gained much reputation because of Scotch Whisky Association and its regulations. Making Compass Box Spice Tree “illegal whisky”. I’ll get to that later on but first: some basic information about this vatting of Northern Highland malt whiskies. Clynelish malt is the core of this blended malt like it usually is with Compass Box products. The combination of casks used is quite fascinating. First the malts from Clynelish (60%), Dailuaine (20%) and Teaninich (20%) are aged in first fill American Standard barrels. Then they are vatted and re-casked in hybrid casks, which are specially made casks with heavily toasted new French oak heads. For two years of maturation in hybrid casks, 25% will have vanilla toast while 22% has infrared toast and 32% has mocha toast – with 22% having first fill American standard again.

Compass Box Spice Tree was named Best Blended Malt Scotch at the San Francisco World Spirits Competition in April 2015. So this rich spicy blended malt has claimed recognition even after it’s relaunch. The “illegal” version got nice reviews and very much attention before it was forced to stop very soon after its release. 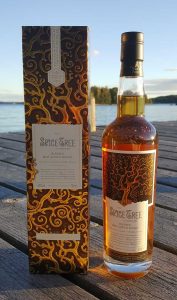 All the whiskies are in the “neighborhood of 10 years old”, as Compass Box states, primarily from first fill casks when put into their special barrels with heavily toasted French New Oak heads. A technique created by John Glaser and his innovative Compass Box team because of Scotch Whisky Association’s (SWA) restrictions. That’s right, Compass Box Spice Tree was originally matured in different kind of barrels. Originally launched in 2005 but forced to stop by SWA (threatening them to take it into court) in 2006 because of inner staves made from new oak. According to SWA it was not the traditional way of maturing whisky when using fresh inner staves in otherwise useless casks (= used over three or four times). The tradition in whisky making is to reuse the barrels usually two or three times, or even up to four times. The more you reuse a cask, the less it imparts flavor. Inner staves in much used cask is a technique widely used by winemakers by the way. Apparently it was too much for SWA.

Definitely The Fugitive this whisky is. Spice Tree was a product with good intentions and falsely accused. Unlike the character of Harrison Ford in The Fugitive, this whisky did it. It did what SWA was accusing it for. Being untraditional, which in this case means innovative and transparent. Wanting to tell the consumer, how it was done. It’s a real bad shame, SWA doesn’t want this industry to be that way. I hope everyone joins Compass Box for transparency in whisky industry. From the ruins of this mess created by SWA, has become a limited edition whisky called Enlightenment.

Matured in:
First fill American Standard barrels and rejuvenated heavily toasted new French oak heads
Colour: Golden amber
Nose: Floral with mild berry notes. Creamy fudge and warming spices. Nutmeg and nuts, strong aromas in a tender way.
Taste: Oh my this is bitter, never tasted a whisky which gives you this kind of bitter coating on your palate. Peppery but smooth, dark yet sweet. Roasted sugar, malt and toffee. Water adds more of that peppery side.
Finish: Peppery again, with meat notes. Addition of water brings out the pepper notes clearly, cayenne and rose pepper along with barbecue spice.
Balance: Quite a character, yet in a smooth package. Funny how so powerful notes can come up in such a sophisticated way. I like this malt whisky, even though the bitter coating is a bit too aggressive at the start. 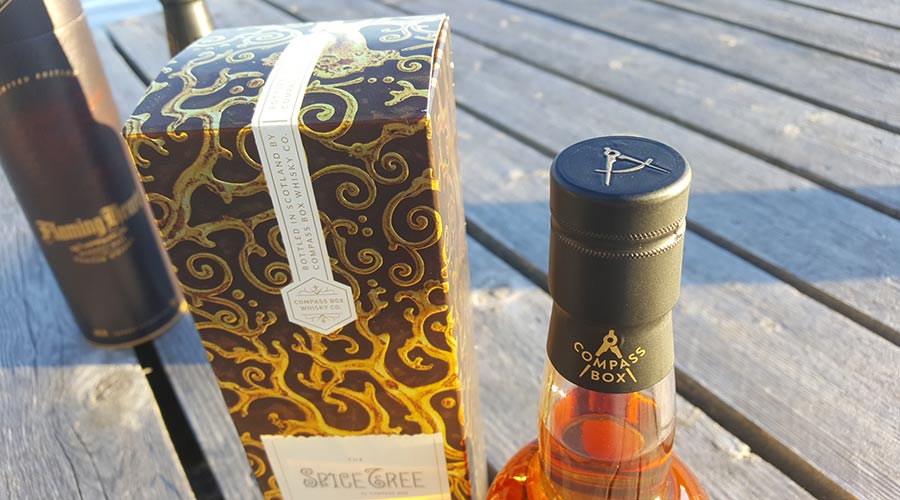