But is it any wonder when looking at the specifications of this whisky:

Like I stated, this single cask Sullivans Cove malt whisky is the American oak cask matured version. Matured in small 200 liter bourbon cask. The version in question is bottle number 199 of 222 from barrel number TD0174. Distilled 16.11.2006 and bottled 16.1.2019 at 47,4% alcohol by volume level. So we are talking about very small batch whisky. 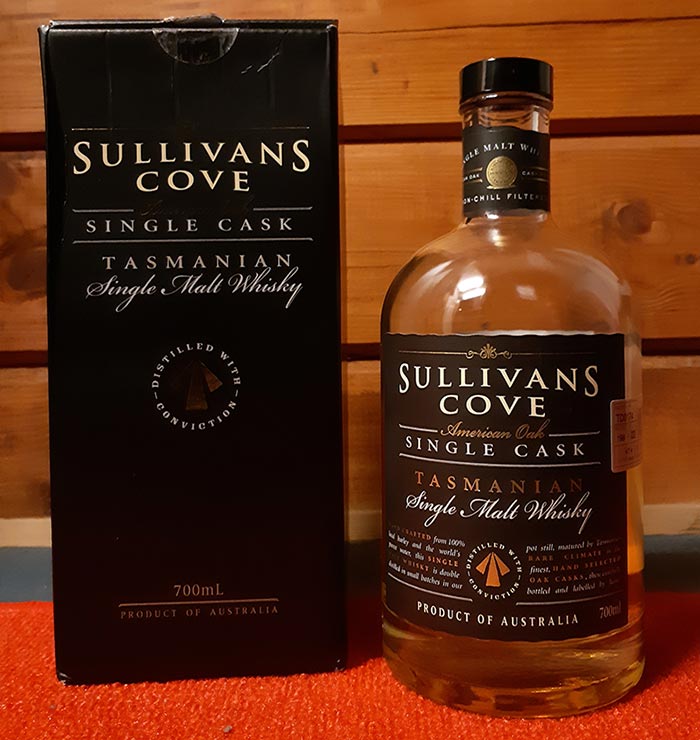 Have I found my Holy Grail?

Many years ago I started a quest for finding a better whisky for my palate than Lagavulin 16 year old. That Lagavulin had become my benchmark for top notch whisky. And I know, I’m being bias all the time regarding Lagavulin 16YO. It was my entry whisky towards becoming an entusiasts.

So I’ve probably tasted better whiskies than Lagavulin’s flagship 16YO. In fact, the whisky isn’t even the same version it used to be back when I first had a sip. They’ve toned it down a bit. But the nostalgia keeps on fighting back and Lagavulin 16YO has been my most favorite expression ever since.

Until this Tasmanian delicacy came to my block! This Tasmanian single cask malt whisky is stunning. Unfortunately I didn’t own a whole bottle, I sampled this from my buddy’s bottle. But fortunately I managed to get another sample from that very same bottle with me. And when I returned to this golden liquid of gods, I could only express what I’d already said about this whisky:

Enchanting! So that’s when it struck me. This single malt had made it to the top of my list, over Lagavulin!

Matured in:
Ex-Bourbon cask (200 liter)
ABV: 47.4%
Colour: Golden amber
Nose: Leather and wood shavings from freshly cut wood. Like someone had just planed timber. Mahogany and nuts. The morning dew of summer meadows. Mild exotic fruits. Light vanilla. Floral, smooth, fruity and fresh!
Taste: Smooth and strong with caramel and fresh oak. Lots of toffee, oily and full. Vanilla and wee smoke. Revisiting the dram gives me pineapple juice, crispy citrus and smooth vanilla. The vanilla notes are just perfect, like velvet on your palate. Sugar cane and milk toffee lingers nicely too.
Finish: Nuts and toffee. Toast and vanilla. Exotic fruits, especially notes of carambola come in very late. Creamy and softly crispy. Green fruits and very light aniseed and orange peel notes.
Balance: Superb whisky, fresh and versatile, characteristic and exotic! You can really sense that this Australian whisky was made with rainforest water. Everything is smoothly in balance, even though the palate is full of usually so dominant notes.

Looking for whisky glassware? Check out my articles about: 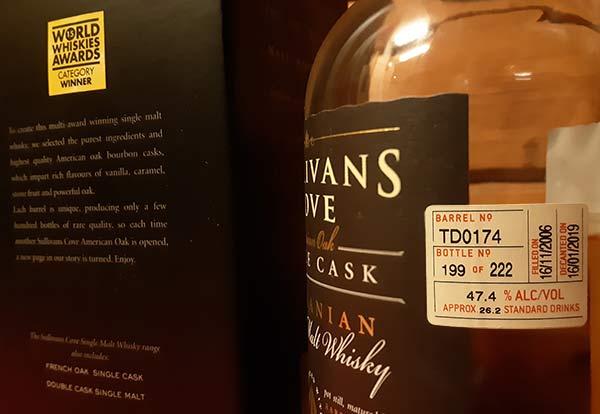