This Suntory owned Hibiki 12 year old whisky is actually a blend. I couldn’t believe it for the first time I got to taste it. Another curiosity: some of the whisky has been part-matured in Umeshu plum liqueur casks. The malts are from Suntory owned Hakushu and Yamazaki distilleries, with some aged grain from Chita. This Japanese blend has won the top prize in its category at the World Whisky Awards 2010, which is no wonder. 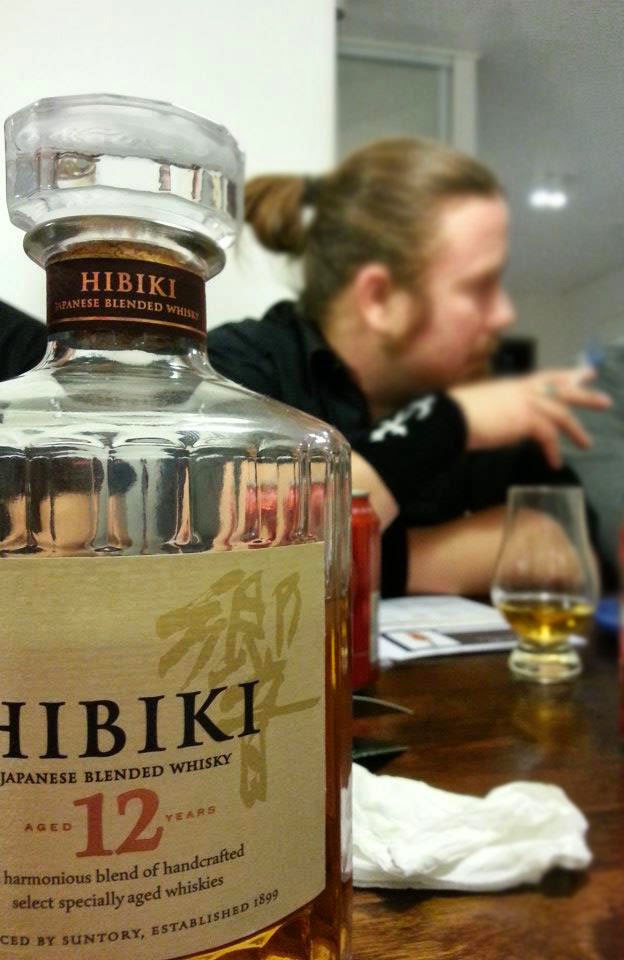 Hibiki 12yo is made from a blend of over 30 whiskies, including some that plum liqueur cask matured whisky. Otherwise the maturation takes part in Mizunara oak casks (Japanese). So, each whisky in this dram has been matured for a minimum of 12 years, but there are even 30 year old whiskies included. Hibiki by the way, translates “resonance” in English.

I didn’t get LOST IN TRANSLATION

After the very first taste, nothing needed to be translated though. Hibiki 12 year old’s pretty bottle and packaging along with the vibrant and versatile taste reminded me of the talent and beauty of Scarlett Johansson. And like Bill Murray’s character in the movie, I ended up pining for more. That’s the shame about sampling and whisky tastings. When you find something good, but don’t own a whole bottle.

Suntory Hibiki 12YO is one of the best fruity whiskys I’ve ever tasted. Refreshing and versatile, geniusly made. Now when I’m really thinking about it, I might have given it a too small score. This whisky shook me very sweetly in a good way. I felt just like I did at the end of Lost In Translation.

Matured in:
Ex-Umeshu Plum liqueur and Mizunara Japanese oak casks
Colour: Sunlight
Nose: Very floral and sweet. Caramel with flowers, herbs and wood. Tangerines and oranges are in the mix as well. Very rich nose, I probably didn’t catch even half of the scents.
Taste: The nose made lots of promises and the taste doesn’t let you down: rich and versatile. Heavy notes of tangerine mixed with light spices. Caramel, malt and oak with peppers.
Finish: Nicely long finish with caramel slowly evaporating and being replaced with citrus and other fruits. Smoothly burning, spicy finish with green peppercorn and hints of vanilla.
Balance: Very rich dram, that just keeps getting better at each step of the tasting. I can’t wait to get my hands on it again, the score might get higher. Great dram from Japan!

87
Nose:Taste:Finish:Balance:
23
21
22
21
Distillery: Malt whisky is from the distilleries of Yamazaki and Hakushu, and the grain whisky is from Chita distillery. Owner: Suntory ABV: 43%
Go to top