Willett Distilling Company (a.k.a Kentucky Bourbon Distillers) has been sourcing whiskies since the 1980’s but recently they’ve been maturing their own distillates too. So there’s a chance that this Willett 3 Year Old Single Barrel Small Batch Rye Whiskey is completely their own product. I purchased this from Whiskysite.nl in 2016 – Even G. Kulsveen from Kentucky Bourbon Distillers (KBD) told that starting from 2012, they’d be making their own whiskey. Until that time, Kulsveen has sourced their single barrel ryes from Lawrenceburg Distillers Indiana (nowadays MGP – Midwest Grain Products of Indiana)

This Willett 3YO bottle label doesn’t tell, when this rye whiskey has been bottled or distilled, so it’s hard to say whether it is a product from Kentucky (KBD) or Indiana (MGP). It has that similar kind of minty taste as Bulleit Rye or Willett 4YO Rye, so my guess is that this single barrel Willett is from MGP.

But as mentioned, my guess is that this one is an MGP rye because of the similarities to their other products.

Am I a Legend in the making?

Not me, just speaking on behalf of this Willett bottling. Not as great as the 4YO single barrel I’ve tasted, but still a very good young rye whiskey. So if this is Willett’s own rye whiskey, there is another legend in the making. Just like their MGP sourced ryes, which already have a legendary status at whisky communities.

I am Legend the movie has an alternative ending so it’s kinda like my review: figuring out, which rye this is, MGP or KBD?

Mash bill:
MGP: 95% rye, 5% malted barley or KBD: Mix of 51% rye and 74% rye mash bills. Which one is it?
ABV: 55%
Colour: Red copper
Nose: Bubble gum and peppermint, hints of marzipan. Very fresh, sweet and bubbly – not the typical rye aromas. Like sweet coqnac, which turns into maraschino liqueur. With hints of oak. Rye comes very late after addition of water and time spent in the glass.
Taste: Very minty, with nice orange notes. Mellow but sweet cherries. Sweet and slightly bitter rye notes are in the background. Rye rises more and more while it rests in the glass but those exotic fruity notes remain.
Finish: Bitter rye is the main character of this finish. Warming spices are also present. It’s the aftertaste that give you the typical rye whiskey notes. New oak influence is very strong too.
Balance: Willett manages to deliver once again a perfect rye whiskey. Not as good as the strong character that was Willett 4YO but still, a great dram. Very exotic rye. 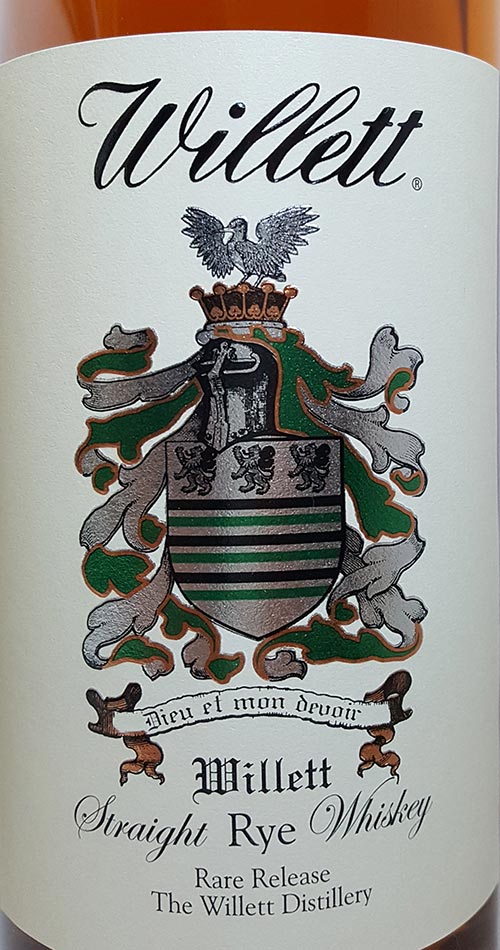