Compass Box The Lost Blend is a continuum to their first blended malt called Eleuthera, released in 2001. First whisky ever by Compass Box was Hedonism by the way, a blended grain whisky which I got a chance to taste in 2016. Eleuthera was a blended malt containing approximately 80% unpeated Highland and 20% peaty Islay single malts. After 3 years of producing Eleuthera, Compass Box was no longer able to obtain one of the key ingredients of their recipe so Eleuthera was retired in 2004. 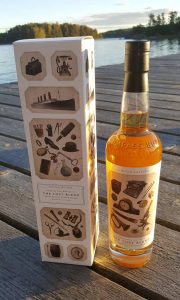 The Lost Blend by Compass Box is a limited edition of 12 018 bottles. It is a union of two fruity Highland single malts and a peaty Islay single malt, bottled in 2014. Containing single malt whiskies from these distilleries:

Lost Blend has been released with three different front label designs. All with the same theme of random lost items. The whisky is all the same behind each label.

Since this whisky got its name from an old novel, I won’t be referencing any movie, this simply is The Lost Blend whisky.

— The Lost Blend, inspired by the O. Henry story of the same name. This sharp and witty portrait of life in a New York bar in the early 1900s was published in 1907 and centres around two business partners who try to recreate a blend of different spirits with close to supernatural properties.

Compass Box The Lost Blend is elegant and complex – I fell in love with it immediately. Nicely fruity and herbal with spices and sweetness mixed together. Sophisticated smokiness lies in the back as well.

Matured in:
Charred, first fill and refill Ex-Bourbon Hogsheads
Colour: Pale straw
Nose: Fruity and floral with wee smoke gently in the back. Meat and salty licorice notes add nice layers. Drops of water brings out smooth toffee.
Taste: Very peppery with sweet and delicate smoke. Water makes the peppery notes smooth and forms a nice peppermint taste. Sweet with lots of fruity notes and marshmallow. Oak and barley are present as well.
Finish: Lots of kick in this aftertaste – peppers and smoke. Water brings fresh peppermint to the finish as well. Oak and nutmeg come very late in the aftertaste.
Balance: Great blended malt whisky by Compass Box! Feisty character, which can be tamed a bit with few drops of water, adding more layers to the mix. 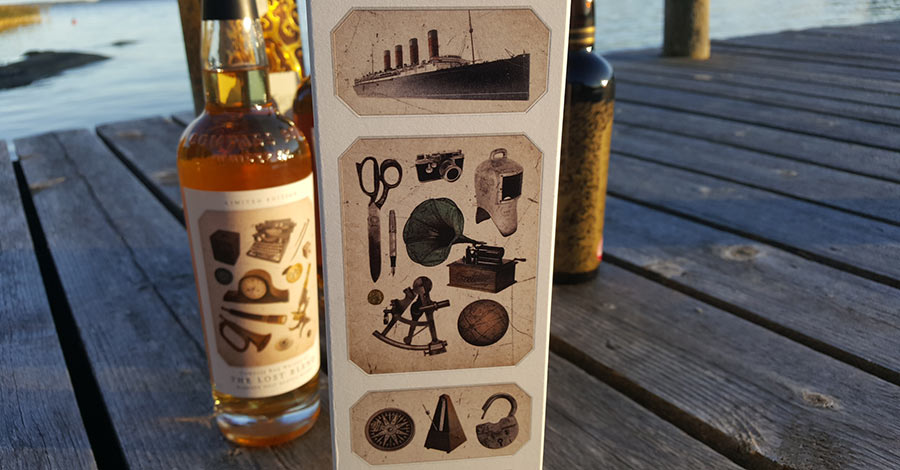 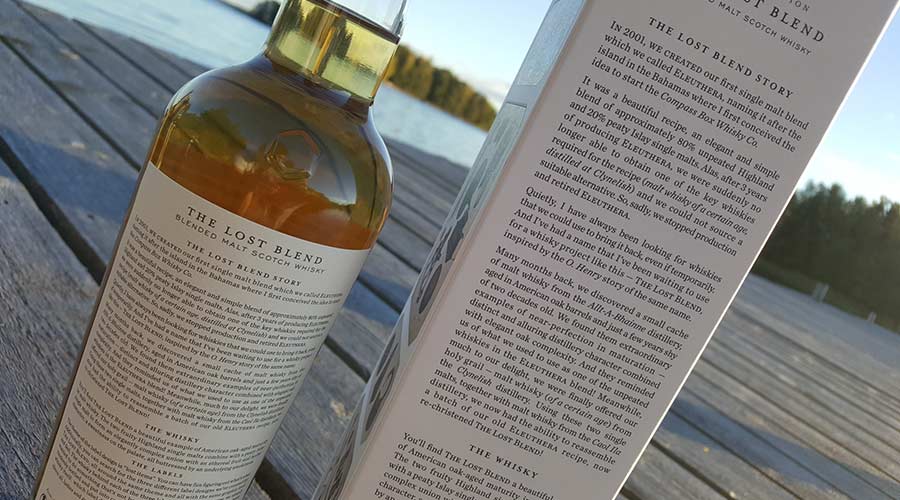