Edradour 10 year old comes from Highland, from the “smallest traditional distillery” in Scotland as they claim theirselves. The word traditional has been added since there are new distilleries founded in 2010’s, which are smaller than Edradour. Edradour’s full capacity per year is 130 000 liters but they produce approximately 90 000 liters annually. For example Ballindalloch, Eden Mill, Daftmill, Strathearn, Dornoch and Abhainn Dearg are all malt distilleries, which have a smaller capacity. Founded in 1825, Edradour distillery is quite old. So the small capacity for such an old distillery is quite charming.

I had only tasted their Ruby Port cask matured whisky before, so I was keen on trying their core range whisky. Matured in Ex-Sherry oak casks, Edradour 10YO single malt has been chill filtered and it has 40% alcohol per volume level. They do sell Edradour 10YO with 43% ABV for the US market, here’s a review regarding that expression by Malt Research Institute blog. 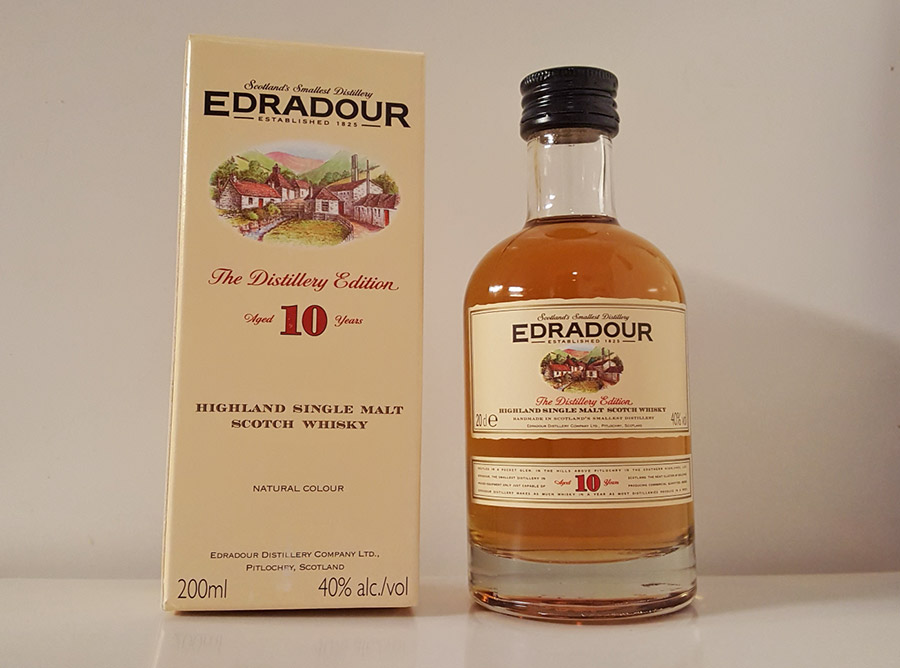 First of all, let me quote Eric “Slowhand” Clapton:

This Edradour needs time and time again to really open up. I remember reading somewhere that Edradour’s drams aren’t that good right from the start – that they need at least two weeks of oxidation. This rule goes well with Edradour 10 year old single malt. The first impression wasn’t good at all, below 80 points would have been my verdict based on one freshly opened sample. After many weeks, while letting it rest in the glass, this dram showed its depth. Behind those unripe fruits, it has dark and tasty character.

Matured in:
Ex-Sherry casks
Colour: Golden amber
Nose: Unripe apple cider or wine, which develops into full toffee and juicy apples. Some wee smoke coming nicely from the deep. I think I detected some cherry notes as well.
Taste: Thick dram with lots of toffee and malt behind the first sherry expression. Master of Malt states that this is a rum-like dram and I do agree with that. There’s something similar, probably the thickness and nice dry notes. Raisins and bit of caramel. Water adds some fruity kick but it mellows this dram, so my suggestion is: don’t add water.
Finish: Dried fruits and wee smoke, very oily and bit spicy finish.
Balance: Edradour 10YO surely surprised me after a rocky start. Under that light and stingy character evolved a bit mysterious and very full dram. Not in best balance but enjoyable malt whisky. 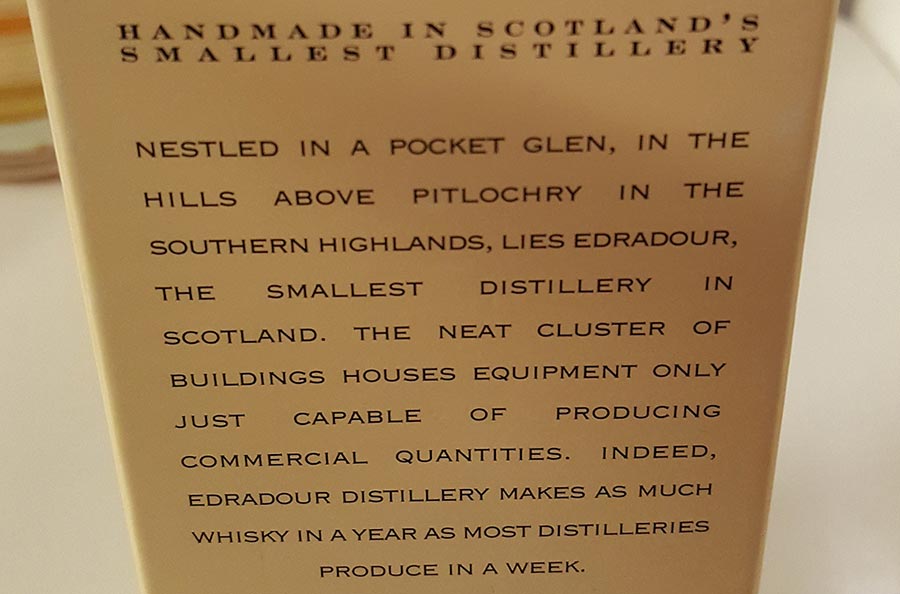