Released on June of 2020, this is Helsinki 100% Rye Malt #17 by The Helsinki Distilling Company (HDC). Like the name states, this whiskey has been made using 100% malted rye. They also produce rye whiskey with a mash bill of malted rye and barley. The distillery was founded in 2014.

With an annual production of 30 000 liters, HDC produces small batch whiskies. This 17th release of 100% malted rye is no different. It’s been blended from six casks by Master Blender Kai Kilpinen.

They’ve used 55 liter new French oak and 200 liter virgin American oak casks. The whiskey has been aged for a minimum of 3 years.

I found they’re first ever release to be fresh and extremely vibrant, though immature. It was also 100% malted rye. And it was a good start, easy to drink. I’ve had a taste of their 70% rye whiskey and it was a much bigger step up.

This release number 17 is not as good as the 70% rye mash bill version but it’s almost there. I’m a big fan of 100% rye whiskies and I believe that HDC is going to take me to the promise land. I really like the fact that they are making so light, yet characteristic rye whiskies. A breath of fresh air in the rye whiskey scene. 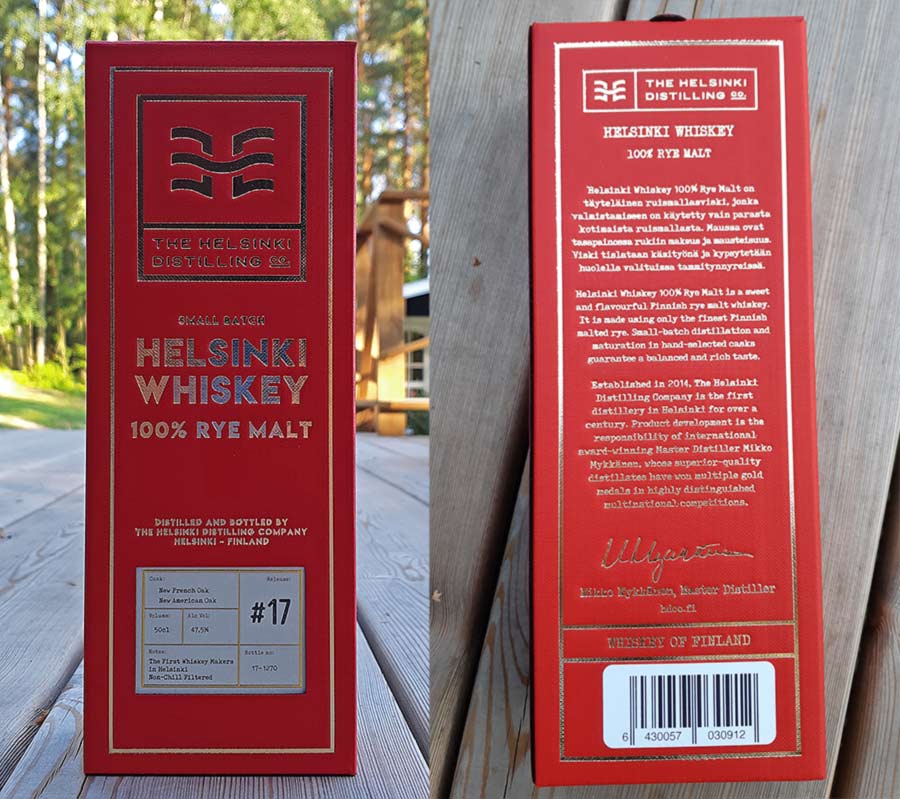 Looking for gift ideas? Check out my: