This was just a result of fast sampling in a Finnish restaurant during a business trip, so my review of Highland Park Dark Origins might not be the most accurate one you’ll end up finding on the internet.

Like the name states, this HP is a dark character. For maturation Highland Park has used 80% first-fill and 20% refill sherry casks. 60% out of those first-fill casks are European oak.

For comparison, for Dark Origins they’ve used twice as much first-fill sherry casks than they use for the wonderful Highland Park 12 year old single malt.

The Dark Knight of Orkney

Highland Park usually delivers quality, at least in my book they do. And they managed to do that with Dark Origins. So even these fast notes from a bottle over halfway through, which implicates that lots of oxidation had happened, gave me a good experience.

Dark Origins felt like the Batman of Orkney Island. That is the backstory to this whisky. Magnus Eunson started illicit distilling on Orkney. Back in the days before Highland Park distillery was even founded (1798).

During daylight working, Magnus was a butcher and church official, but by night he smuggled whisky. And this made him a legend.

So Dark Origins is honoring Highland Park’s hero, the Orkney Batman. And it’s doing a great job, another fine performance from one of my favorite distilleries. 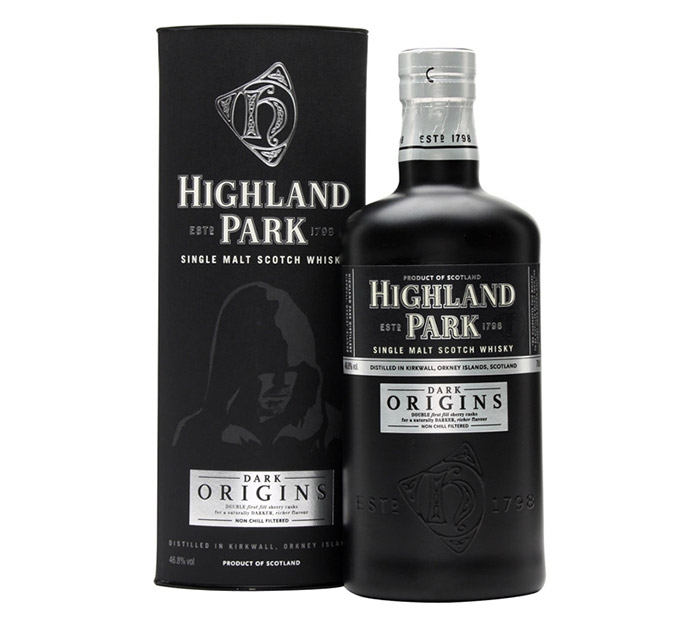 Matured in:
80% first fill and 20% refill Ex-Sherry casks
Colour: Mahogany
ABV: 46.8%
Non-chill filtered, no added colour
Nose: Sherry and raisins, freshly planed wood. Pleasant but strong – smooth cinnamon and vanilla. Water mellows down the aromas too much, nose was nicely sophisticated but characteristic without water.
Taste: Thick round stuff. Bit crispy. Red fruits and wee orange notes. Cinnamon apples. Drops of water make things very bitter first but the palate gets very smooth over time. Smooth sherry notes take over.
Finish: Easy and surprisingly quick. Medium length but rather quick when compared to HP core range stuff. Mellow sherry and notes of nuts and raisins. Addition of water brings out oak dryness and some oily notes.
Balance: Very much in balance, yet powerful and full of rich sherry character. Although as you can see from my notes, these came from an old opened bottle during a relaxed but fast tasting at a lounge in a bar. 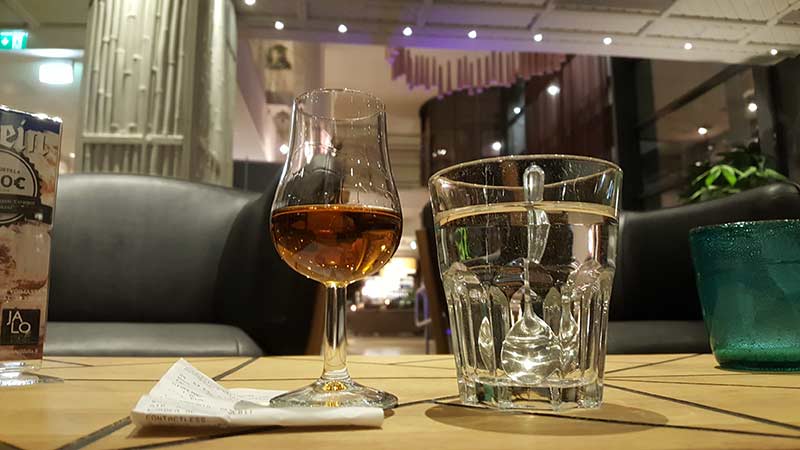