This “delicately smoked” 100% malted rye whisky is a limited pre-release by Kyrö distillery. As a fan of both, smoke and rye whiskies, it’s very nice to know that Kyrö is making room for a smoked expression in their rye whisky range.

This is what Kyrö has to say about its smoky version:

“Following an old northern custom, the rye has been introduced to a touch of alder smoke in a 100-year old “riihi” barn. Alder wood tends to produce aromas that are reminiscent of campfire smoke, smoked ham, and the forest. A rather delicate smokiness supports the rye flavours, resulting in a balanced complex whisky.”

So if you run into a version called Kyrö Riihisavu, it should be this same expression with its native name.

Kyrö Wood Smoke Rye has been aged in a combination of French oak, New American white oak and Ex-bourbon barrels. 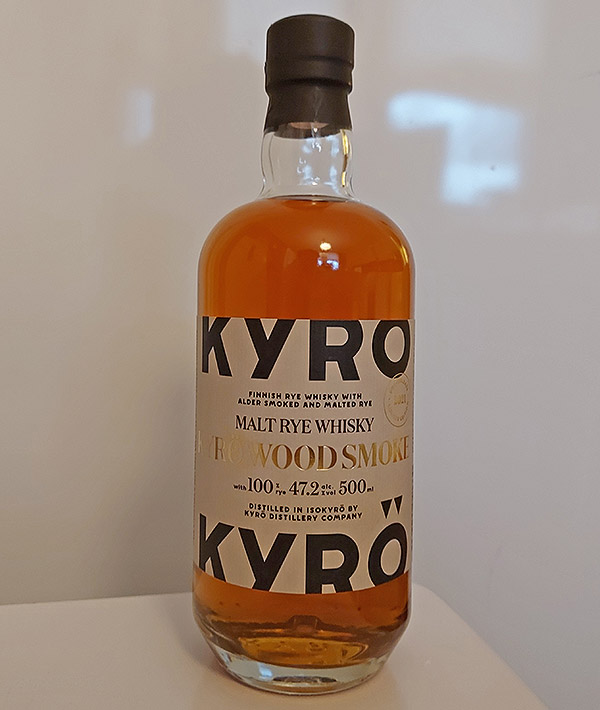 Matured in:
Ex-Bourbon, French Oak and New American White Oak Barrels
ABV: 47.2%
Colour: Amber
Nose: Light smoke notes at the very beginning, but mostly fruits and dark rye bread. Hints of caramel notes come up. Surprisingly mellow aromas.
Taste: Rye and fruits are the main characters but oak is very strong too. Roasted, bitter and spicy. Quite straightforward yet tasty.
Finish: Smoky dryness at start. Continues with explosion of fruits. Followed by peppery notes. Notes of smoke stand out the most in the aftertaste. Finish is the best part.
Balance: It’s fair to say, with this expression, smoke won’t get to your eyes. Like Kyrö states, this one’s delicately smoky. But it doesn’t matter even for a peathead like me. Because the quality is once again high. This bottling comes with signature Kyrö guarantee. And even though delicate, the smoke is there, combining two great ingredients nicely together: smoke and rye. 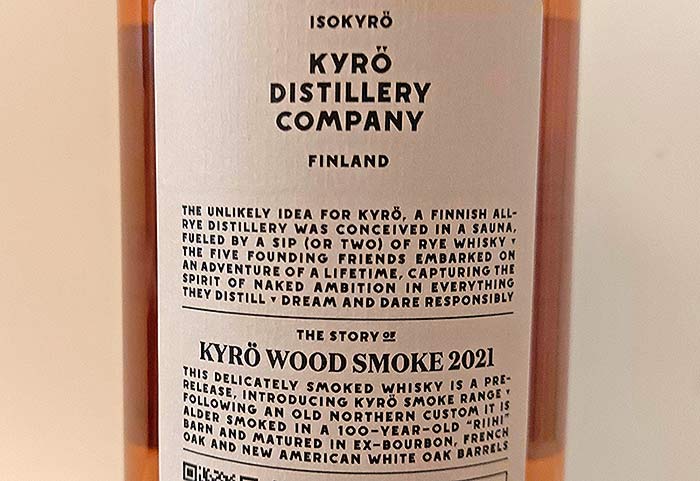 For interesting gift ideas, check out my whiskey glass buyers guide or read more about other gift ideas for whisky drinkers.