This one was a pleasure, not only because of the legendary name and stunningly shaped bottle, but because we’re talking about a traditional American rye whiskey.

Sazerac Rye Whiskey symbolizes the tradition and history of New Orleans, dating back to the 1800’s. To a time when coffee houses and saloons were serving toddies made using rye whiskey and Peychaud’s bitters.

Sazerac Straight Rye Whiskey is a product by Sazerac Company Inc. which was founded in the 1800’s after the success of the drink and the bar. The company is still headquartered in New Orleans, yet the whiskey is produced at Buffalo Trace Distillery. Kentucky.

They have released two variations. A very limited 18 year old expression and this ongoing no-age statement release, also known as the “Baby Saz”, which once was marketed as 6 year old. So the general guess is that this core range product is still 6 years old, or at least 4 years. 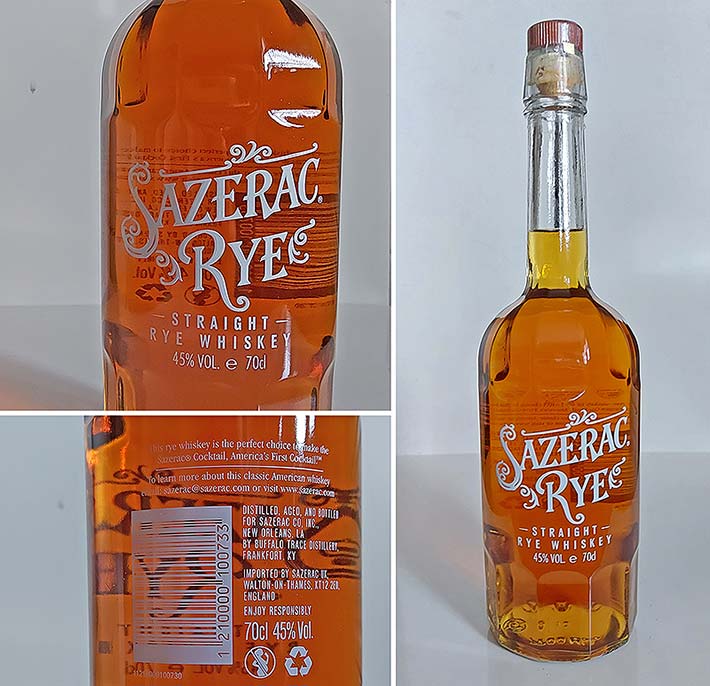 Bottle design is stunning – takes you straight to New Orleans doesn’t it?

Mash bill:
51% rye, 39% corn and 10% barley
Maturation:
New charred American oak
ABV: 45%
Colour: Amber
Nose: Orange zest and clove notes along with spices and rye. Hints of raisins and even some anise buried in the background.
Taste: Fairly gentle yet crispy, almost hard to tell it’s a rye expression. Rye notes slowly start to rise but orange marmalade and toffee dominate. Citrus notes almost fully take over, hints of spices.
Finish: Bit spicy, with a touch of licorice. Mild rye notes along with citrus still kicking in a bit.
Balance: Easy to drink, might be the easiest rye whiskey I’ve encountered. Well, Helsinki Rye whiskies of course competing well in that are too!

For gift ideas, check out my articles regarding whiskey glasses. I’ve also made posts for various whiskey glass niches: