Mackmyra distillery has two active distilleries in Gävle, Sweden. First one was launched in 2002 and the second started in 2011, combining an annual capacity of over 2 million bottles. In 2011 Mackmyra Svensk Whisky AB also listed on Nasdaq OMX’s alternative-investment market First North, making it a publicly traded company. They have a Whisky Village with a visitor center outside Gävle.

“Swedish Smoke – American Oak has a smoking character that is inspired by the Swedish tradition of flavoring and preserving food with juniper smoke.” 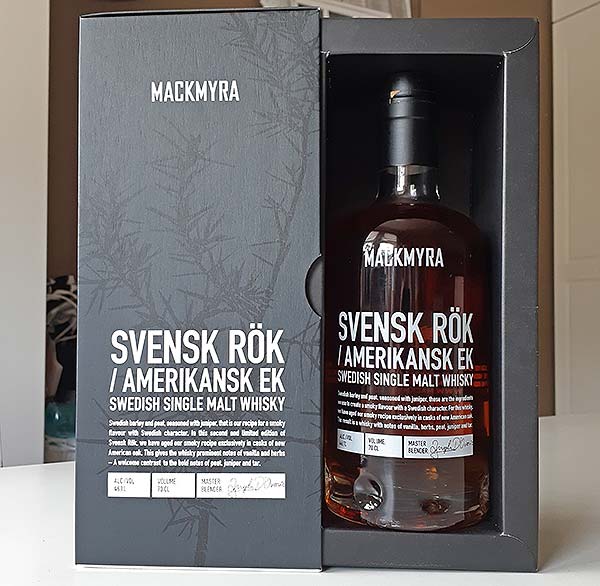 Cries and Whispers when comparing to Svensk Rök

I’ve always used Ingmar Bergman movie references with Mackmyra whiskies and I won’t stop. I really fell in love with Mackmyra Svensk Rök so I was expecting good things with this second edition. Unfortunately you could hear Cries and Whispers (Viskningar och rop) when I tasted this newer version of Svensk Rök (there you go – Ingmar Bergman reference!).

Don’t get me wrong, I wasn’t really crying since this is still a fine dram. It just couldn’t live up to its predecessor. To all fairness, the original Svensk Rök was outstanding in my book. It was also matured on American oak but the casks had Swedish heads so they called the maturation Swedish oak. So probably with that Swedish trick they managed to make an incredible first smoky Swedish single malt. Which has now become a big benchmark for quality.

I have to mention that I also liked Mackmyra Vinterrök even though it couldn’t live up to Svensk Rök’s standards. And I scored 88 points for it. Now that I’m crying over 84 point whisky, it’s needless to say that Mackmyra is doing great things. They’ve set the bar high.

Matured in:
New American oak casks
ABV: 46.1%
Colour: Dark amber
Nose: Starts with iodine, peat and smoke. Mineral notes stay on the background while the aromas evolve into toasted nuts, berries and birch leafs. Bit minty as well. Drops of water brings more mint and minerals.
Taste: Nicely salty with little bit of fruity notes. Light juniper notes are there. White pepper and oak. Quite mellow even though it has potentially pointy notes. Drops of water makes the palate more crispy and minty, and brings lots of berry notes.
Finish: Quite one-sided finish with peat, berries and smoke but the smoke lingers very long. Drops of water makes the aftertaste linger even more, but smoke starts to hide behind peppermint notes.
Balance: Aromas and aftertaste are better than the taste which was surprpisingly mellow. New oak influence really hits you in the finish. Subtle smoke whisky but I’d prefer it to have more character. Overall, a nice whisky.

Looking for whisky glassware or gift ideas? Check out my articles about: 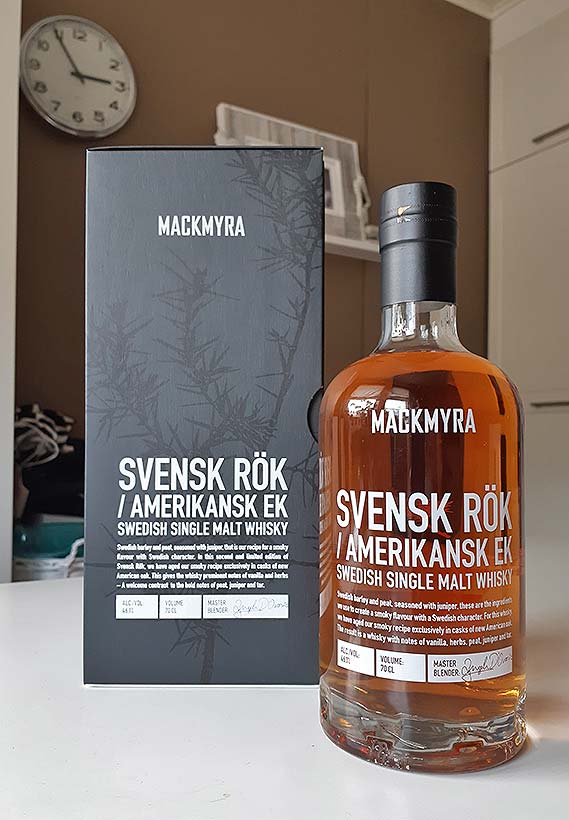