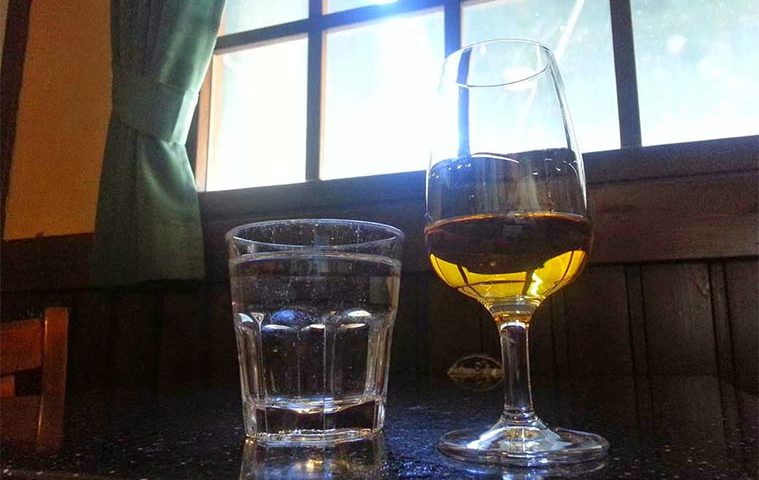 Old Buck got famous in whisky circles, when Jim Murray rated the cask number 5 of the second release with 96 points and “European Mainland Whisky of the Year 2009” award. The first release had gotten 93,5 points and the third release got 95, so there was great consistency in Old Buck. 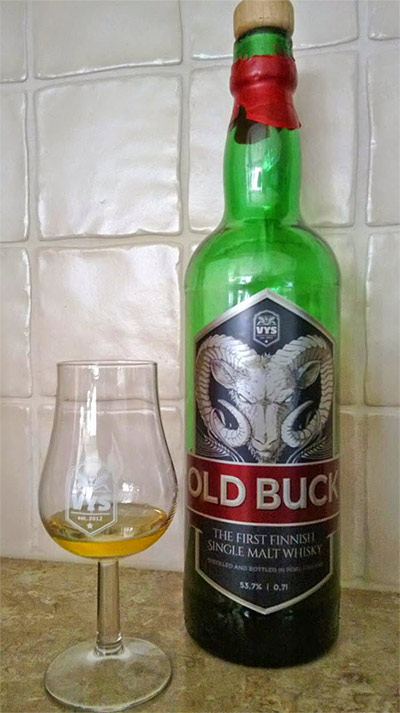 Photo and all of the Old Buck VYS information from Just Peat It blog (in Finnish). Photo taken by Aapeli.

Old Buck comes from a brewery restaurant called Panimoravintola Beer Hunter’s in Pori, Finland. We’re talking about real microdistillery here, even Finns can’t get this single malt whisky easily, because it’s very rarely in retail markets. This VYS edition happens to be, with a stunning price of 281 euros (over 370 USD) per 0,7 litter bottle in Finnish liquor stores.

Old Buck VYS is a celebration of Finnish “Friend’s of Whisky Society’s” (rough translation of Viskinystävien Seura = VYS) 2 year anniversary. It is a 4 year old peated single cask malt, matured in Jack Daniel’s cask. Rumor says, that there’s only one barrel of this whisky available. The very same cask has also been used to mature Siperia Stout for 8 months by Plevna brewery in Tampere, Finland.

Like V2 – Frozen Angel the movie, a unique whisky experience

I have to say, this one’s so unique that it is like an original Vares movie (popular Finnish detective series). Roughness and dryness with unique character in one package. Just like V2 – Frozen Angel, a sequel for the first Vares movie. The movie takes place in Old Buck’s hometown Pori and is as unique as this whisky, full of dry humor and action.

Matured in:
Ex-Bourbon cask which has previously held stout beer
ABV: 53.7%
Colour: Dark amber
Non-chill filtered, no added color
Nose: At the very start there’s tropical fruits and fermented apples. For a brief moment there’s burnt peat and bourbony corn feel before getting back to exotic fruits and the dominance of grapefruit and acidity. I just love the acid feel, reminds me of very hoppy Indian Pale Ale.
Taste: Dark burnt sugar that turns into very acidy and dry. Like cactus drink or a very hoppy IPA. With time, the peat gets more power and makes the IPA feel weaker.
Finish: Bit quick and dry. Barley and hints of peat.
Balance: The quick finish and too dry palate for my taste make the score a bit lower but I have to say: very unique whisky palate! Especially the nose. And a good dram, regardless of the two weaknesses mentioned above. 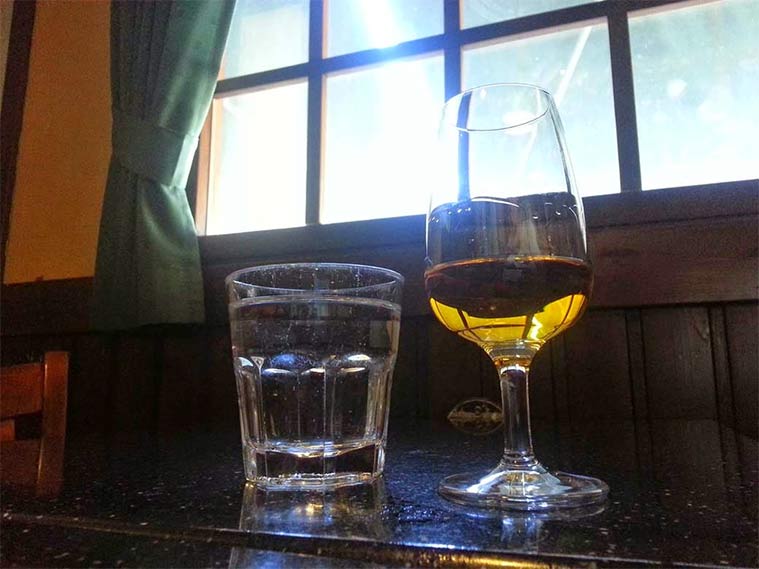 Enjoying my Old Buck at the Panimoravintola Beer Hunter’s before Bob Dylan’s gig in Pori Jazz 2014.