Panimoravintola Beer Hunter’s is a brewery restaurant located in Pori, which is a city in the west coast of Finland. Beer Hunter’s is also officially the first Finnish Single Malt producer. They only made whisky to be sold in their restaurant and not for retail markets. So the first commercial single malt from Finland comes from Teerenpeli distillery.

Panimoravintola Beer Hunter’s became famous in whisky circles because of Old Buck, the first Finnish Single Malt launched in December 2004. Old Buck didn’t start a fuzz right away – after all the batch size was microscopic. We’re talking about single barrel batches with only 60-150 bottles per batch. So nobody outside Finland probably hadn’t heard about Old Buck before Jim Murray, author of Whisky Bible chose Old Buck as the “European Mainland Whisky of the Year” in 2009. Although he had praised the 2004 and 2007 batches too.

Beer Hunter’s has made a name for itself in Finland as a quality beer maker as well. Their beer brand called Mufloni has won the Best Beer award in Helsinki Beer Festival in 2000, 2011 and 2016.

As small as a small batch can be

Like stated before, Beer Hunter’s makes really small batches. This is one of the hardest whisky to get, even for a Finn. In 13 years, they’ve made only 4000 liters of whisky in their restaurant brewery. The pot still has a capacity of 150 liters. Distilling takes place in street level in the restaurant, while maturing happens in the cellar. The double distilled spirit has an 77% ABV, which is being diluted to 63,5% when going into a cask.

All the Old Bucks have been a single malt coming from a one single cask, not from marriage of several casks. Every Old Buck has been bottled cask strength. What is really weird, is the fact that there’s been major differences in alcohol per volume levels. Old Buck bottling strengths have varied from 41% to 72%, coming straight from the cask without dilution. Some batches have raised the ABV while maturing, some have lowered it. Apparently the smaller the cask size has been, the lower the ABV has been due to bigger evaporation of alcohol. 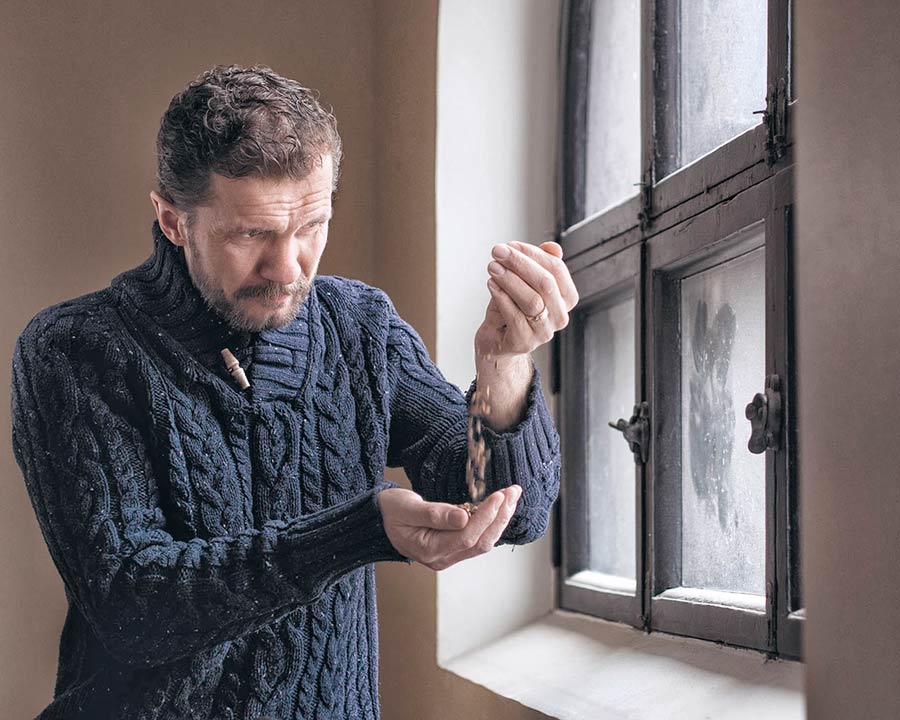 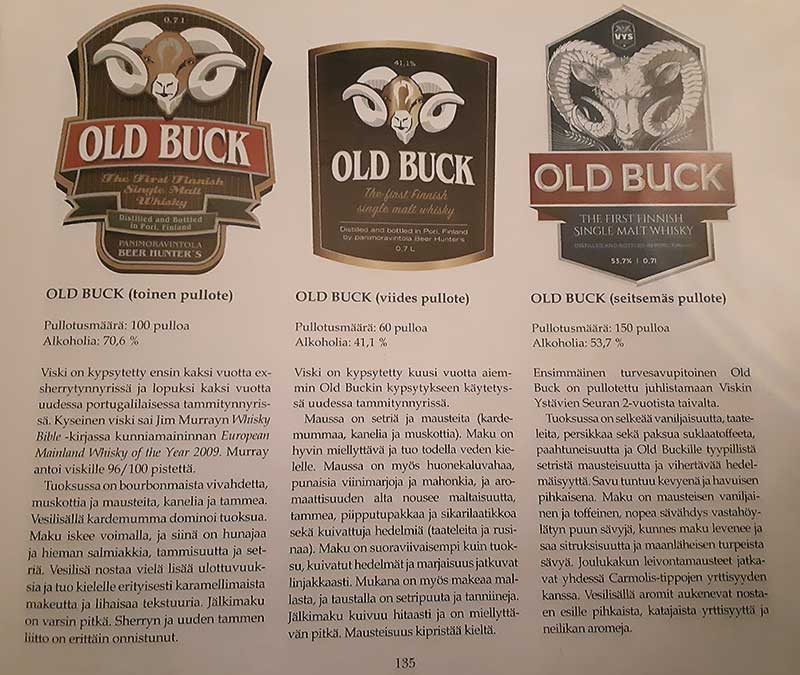