Well, where can you start with Pikesville 6 year old 110 Proof Straight Rye Whiskey? This fantastic rye whiskey has gained quite a reputation. Released in 2015, it has received great acknowledgments in a short period of time. Pikesville 6YO Rye has received:

Pikesville 6YO 110 Proof Rye has been produced in Heaven Hill distillery at Kentucky. Heaven Hill by the way, won “Distiller of the Year” at the Icons of Whisky in 2016. Rittenhouse ryes also come from Heaven Hill and the 100 Proof BIB Rittenhouse is a great bang for buck rye whiskey. Pikesville brand is quite old, dating back to 1895 in Maryland.

Don’t be confused if buying Pikesville rye and running across with another rye whiskey called Pikesville. Pikesville Supreme Rye Whiskey is a different dram, bottled at 80 proof. 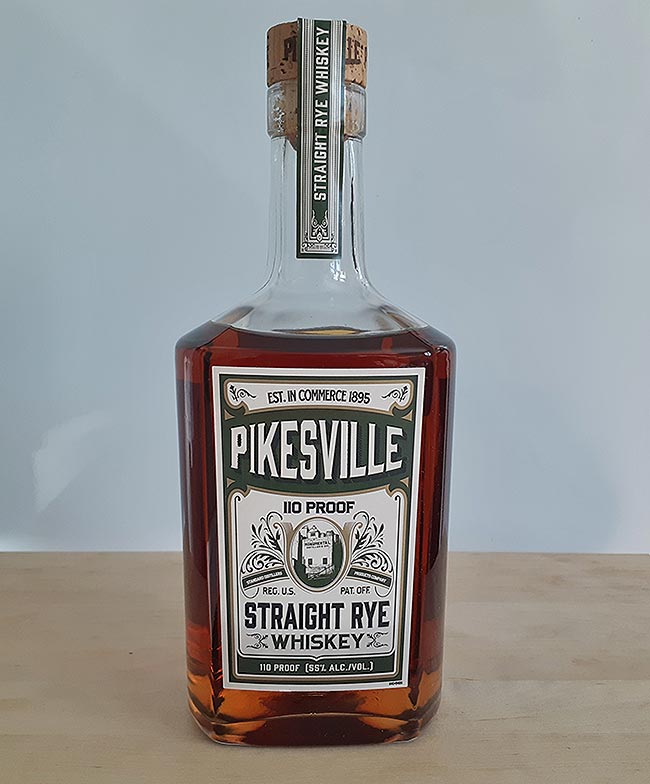 I am a fan of whiskies with heavy rye influence, which Pikesville 6YO is not with only 51% rye. I like the corn influence too, if the palate is full and complex. And Pikesville surely is. This dram is exotic and it has big character. Balancing nicely between smooth corn and heavy rye notes. Rye really comes in the aftertaste, leaving room for other notes on the nose and taste.

“One of the aromas of the year…after that nose, the delivery just had to be majestic. And it is…those wonderful, bustling, fizzing spices…the best from Heaven Hill for some time”

Usually I’m not on the same page with Mr Murray but with Pikesville, we are exceptionally close to each other.

So far this has been the best rye whiskey, I’ve encountered. Because my rye tasting days have only begun, I’m not going to name this the undisputed champion of rye whiskies. But like a pro, it hits hard with finesse. Being the best contender so far. Pikesville has proven that rye whiskey can be good without a big dominance of the gritty rye grain. Giving rye whiskey some smooth soothing taste, being a Million Dollar Baby.

Mash bill:
51% rye, 37% corn, 12% malted barley
ABV: 55%
Colour: Reddish mahogany
Nose: Sawdust and sweet creamy aromas. Smooth vanilla and strong cherry bubble gum notes, which turn into heavy corn. Spices and typical rye notes are not that much presented. Water adds wee floral notes and makes vanilla more powerful.
Taste: Syrupy cherry notes and little bit of dark fruits. Spicy with mild oak and smooth but strong vanilla notes. Water and time add lighter fruit notes and corn, and the vanilla stays.
Finish: Spicy, very rye whiskey like finish. The aftertaste is long and strong, rye, spices and hints of sweet notes. Nutmeg and strong oak notes. Water brings more layers, but it’s all spices. This finish spells rye with an capital R.
Balance: Funny how the corn and cask influence dominate the nose and taste while rye steps up in the finish. Still this dram manages to be in balance. And it is both, powerful and (surprisingly) smooth. Except the aftertaste – which is very “ryeishly” harsh. 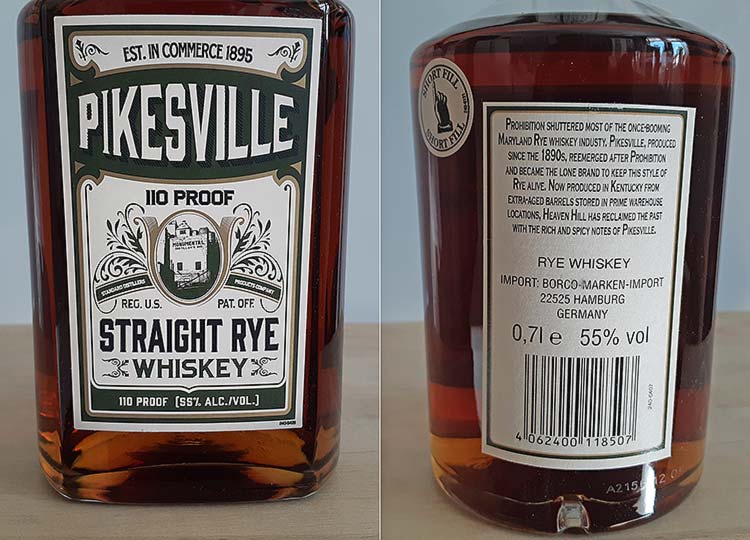 The label looks cool too, in an old fashioned way