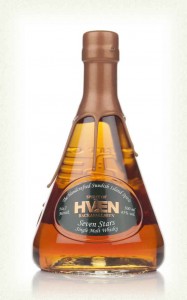 I was already fascinated about the package design of this Swedish single malt, so when I bumped into it at my local tavern, I had to try it. There was also No.1 Dubhe 5 year old single malt available but I decided to go with the 6YO No.2 Merak. The second limited edition Swedish whisky by Spirit of Hven from the Backafallsbyn distillery.

Their single malt series is called Spirit of Hven Seven Stars, because they plan to release five more whiskies over the next five years. So in total, seven limited edition drams are coming out of this Swedish whisky producer.

Number 2, the Merak was named after one of the stars in Ursa Major constellation (Big Dipper, the Plough). The organic spirit has been matured in a mix of American, French and Spanish oak casks. This dram is true craft whisky, because only 25 casks were blended together and bottled.

Spirit of Hven Seven Stars No.2 Merak single malt really is surprisingly good. I wouldn’t go as far as Whisky Bible’s Jim Murray with 92,5 points but I do agree with his statement:

“This is one which really commands attention. High quality stuff. Well done!”

Especially the taste of this whisky is brilliant. Young, but quite a character in nice balance! Like feisty Arn the Tempel knight (Tempelriddaren in Swedish). Being forceful, yet smooth. Smooth at least when given time and few drops of water. I was positively upset about the rich palate, otherwise this dram wasn’t as rich.

Check out my review of Spirit of Hven Tycho’s Star.

Matured in:
American, French and Spanish oak casks
Non-chill filtered, no added colour
Colour: Red amber
ABV: 45%
Nose: Fruity and young. Honey and cherries with some citrus peel. Water brings toffee.
Taste: Touch of licorice, which is absolutely great. Creamy toffee and caramel with malt. Sweet and fruity as well. Young age shows again, but it doesn’t matter. Best part of this whisky by far. Water smoothes it even better and makes the toffee and malty side rise up a bit.
Finish: Okay length, bit too dry and one sided for my taste. Hints of warming smoke, oak and spices.
Balance: Shows the young age, and even though I didn’t find it bad, I didn’t also find it as rich as some reviews do (apart from the taste…finish and nose being too straight forward). Still, a good showing from Swedes, a lot better than my first Swedish single malt encounter (Mackmyra’s first).

86
Nose:Taste:Finish:Balance:
21
23
20
22
Did you know?
They have a full set of hotel, conference and restaurant activity at Backafallsbyn, which is located between Denmark and Sweden. I can imagine it being a nice place to visit. Having been to Southern Sweden and Denmark, both being beautiful parts with nice beaches and seaside activities, I’d like to visit this distillery at some point.
Distillery: Backafallsbyn Brand: Spirit of Hven Region: Hven, Sweden 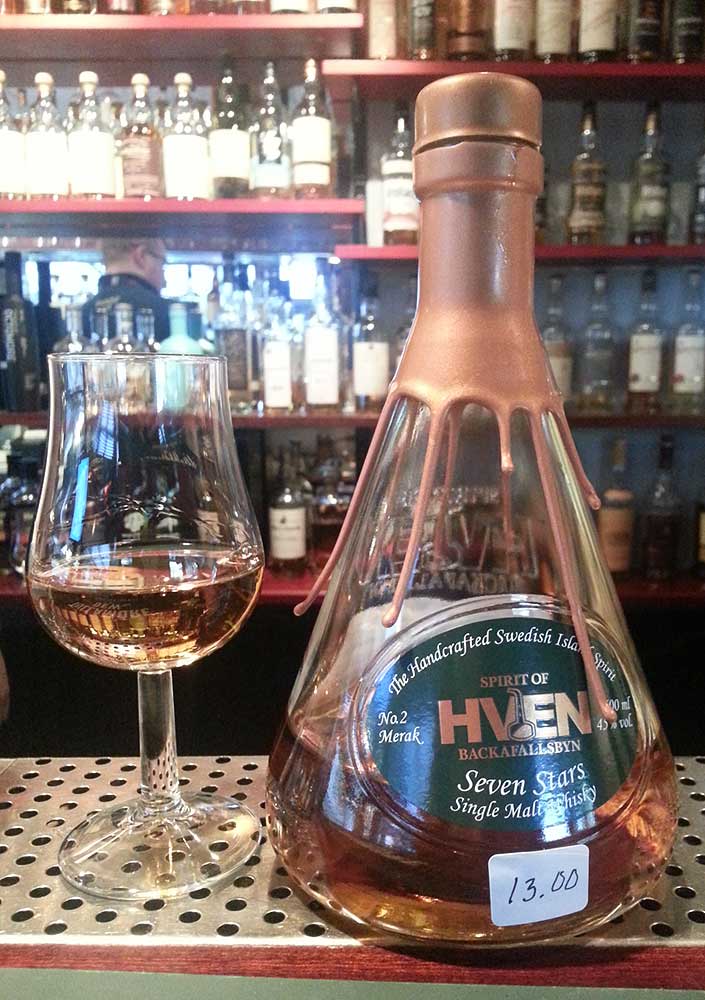 Tasted it at Kerttulin Kievari whisky bar for the price of 13€ per 4 cl.