Connemara 12 year old is another peated Irish single malt whiskey by Cooley distillery. Unlike many Irish whiskeys (which are triple distilled), Connemara is double distilled. Other brands under the Cooley distillery include Kilbeggan, Greenore and Tyrconnell. Because of new Irish invasion of distillers, Cooley malt can be found from newcomers products, such as Hyde 10YO by Hibernia Distillers. 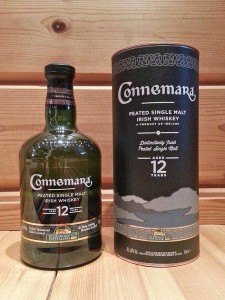 Connemara by the way, has been honored as “Worlds Best Irish Single Malt” in 2009. This 12 year old single malt has been matured in Ex-Bourbon casks and it has won Double Gold in 2008 San Francisco World Spirits Competition. The phenolic level is 13 to 14 ppm.

If Connemara Peated was a contender, this 12 year old peated single malt is one of the higher ranked competitors. Nicely malty and smooth, not forgetting the peat smoke notes, which are surprisingly heavy for a 40% ABV whiskey.

Cooley has proved with Connemara, that it can produce top quality peated whiskey – like Connemara Peated promised. I can honestly recommend this dram. Since I started with boxing terms, I’ll call this a light heavyweight, great in its weight class – definitely like Billy Hope played by Jake Gyllenhaal in Southpaw.

Matured in:
Ex-Bourbon casks
Colour: Sunlight
Nose: Starts with strong but smooth peat smoke which turns with time into a mix of homemade wine and light ginger ale. Then turns into wet peat and soil. Bit crispy and some citrus sourness, lemon peel is present. Drops of water adds fruitiness.
Taste: Peat smoke right from the start, bit malty. Even though peaty, nicely smooth because of the low alcohol per volume level. Mildly fresh with citrus notes, orange peel is present.
Finish: Lingers nicely with peat smoke yet again. Fruity green and nutty – green apples rise up in aftertaste. Drops of water brings more fruits, but for a brief moment, there’s a spicy and burning smoke in aftertaste. A sparkle, like someone light a match.
Balance: Like I mentioned before, very smooth peated whiskey. Nicely in balance, light, yet heavy – if that makes sense? Interesting dram. 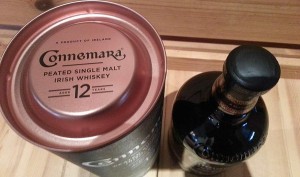