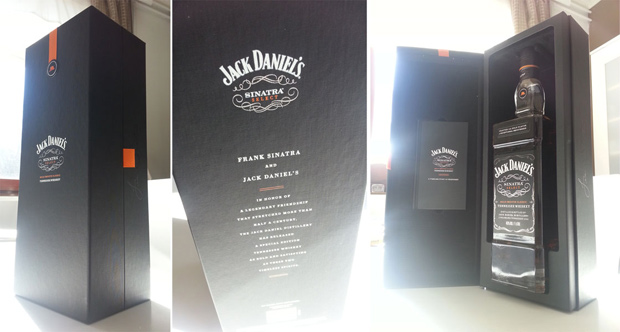 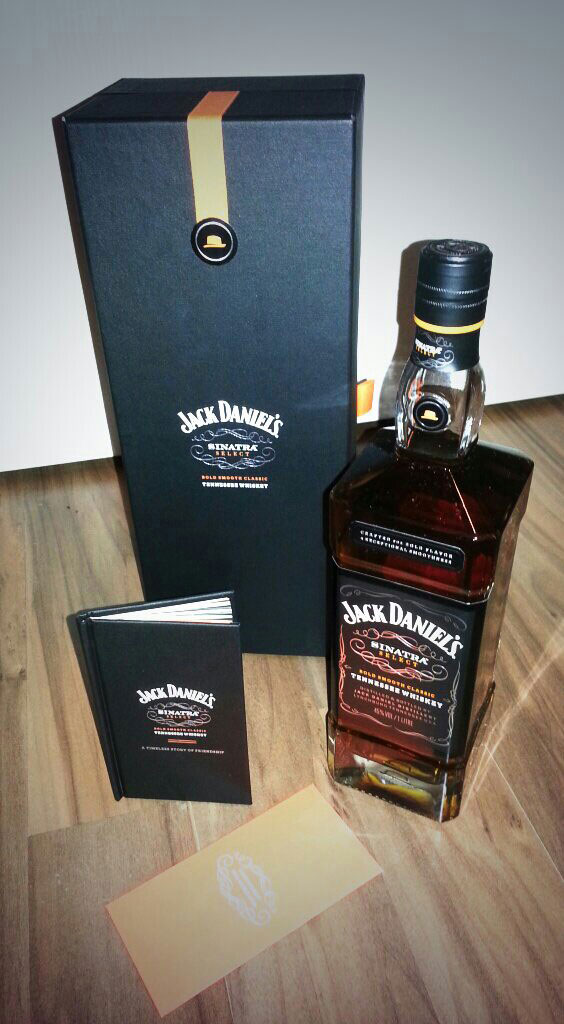 Frank Sinatra surely was a long time fan of Jack Daniel’s, he also helped the brand grow from a smaller business to a household name. Sinatra was often seen sipping a glass of JD on stage and he had a stash of it in his private plane. Here’s Frank Sinatra Jr talking with Jack Daniel’s salesman and a friend of Frank, Angelo Lucchesi:


A must have for a whisky and Sinatra fan

I am a huge fan of both, Sinatra and whisky in any form, whether it’s bourbon, whisky or whiskey. So when I heard that Jack Daniel’s is honoring Frank Sinatra with a limited drink, I just had to get it. I still haven’t opened my bottle, just waiting for the right occasion. I’m not sure, how I’m gonna like it. Since I myself am not a fan of Jack Daniel’s, I’m taking this dram with “pinch of salt” as they say – a little bit skeptic about the quality.

Jack Daniel’s Sinatra Select has been created from specially made Sinatra barrels in which part of the whiskey was aged. The barrels have deep grooves, which were cut into the staves of the casks. This procedure increases the amount of exposure the whiskey has to the wood.

The whiskey from the special “Sinatra barrels” is then married with regular Jack Daniel’s Old No. 7. Bottled at 45% alcohol by volume level, which apparently, is how Sinatra would’ve enjoyed his Daniel’s back in the day. That’s by the way, how Frank ordered the drink. Not as Jack, but as Daniel’s. “Give me a Daniel’s with water”, he’d say to the bartender, according to his daughter Tina Sinatra. 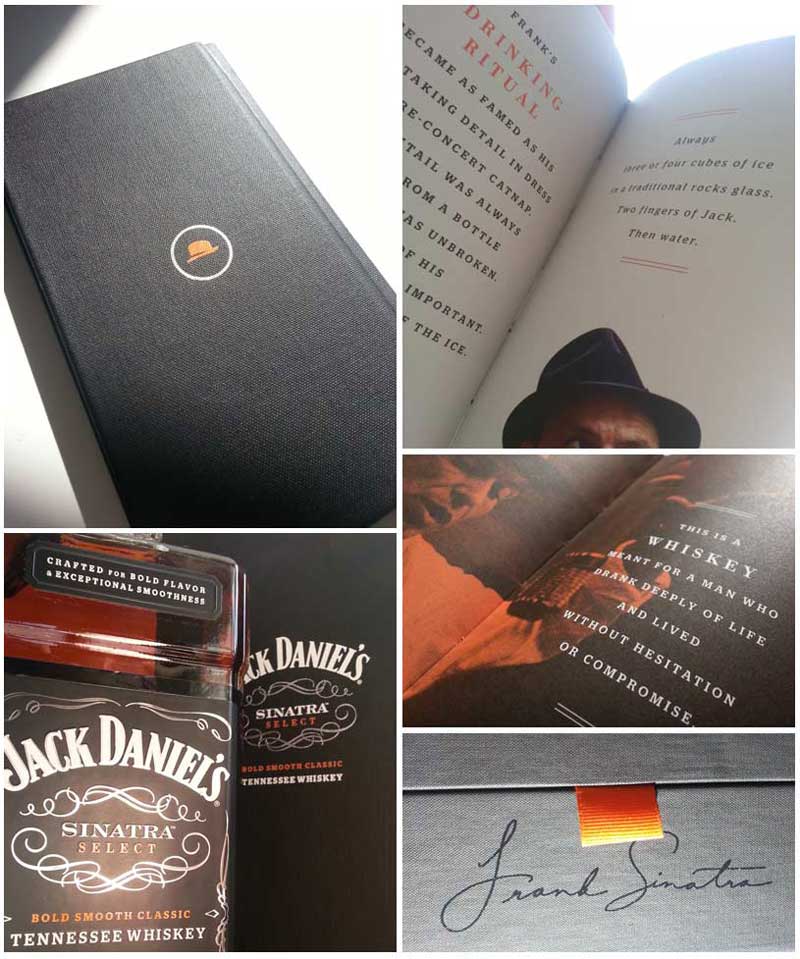 Mash bill:
80% corn, 12% barley, 8% rye
ABV: 45%
Colour: Dark amber
Nose: Smooth smoke and strong oak notes hit first. Very roasted at first but then, turns much softer with honey dominating. Hints of sweet pear and cinnamon, with subtle smoke on the back. And did I mention the oak?
Taste: Liquid crème brûlée…toasted vanilla is strong in this one. Bit fruity with orange notes. Butterscotch and oak.
Finish: Nice but quite fast. Doesn’t treat you the same way as Old No. 7. though. Orange peel and dark chocolate notes with little bit of oak and spices. Smooth and bit dry aftertaste.
Balance: Smooth and dark character. Complex, roasted version of the regular Old No. 7 Jack Daniel’s. I wish they’d take this as part of their core range, with at least one third of its price. 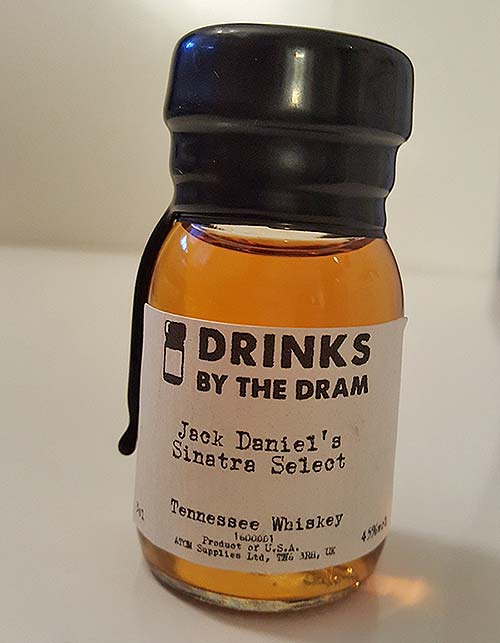 Thank you Master of Malt for giving me a free sample so I didn’t have to open my bottle. That way I can keep Sinatra Select as my only collectible whiskey. 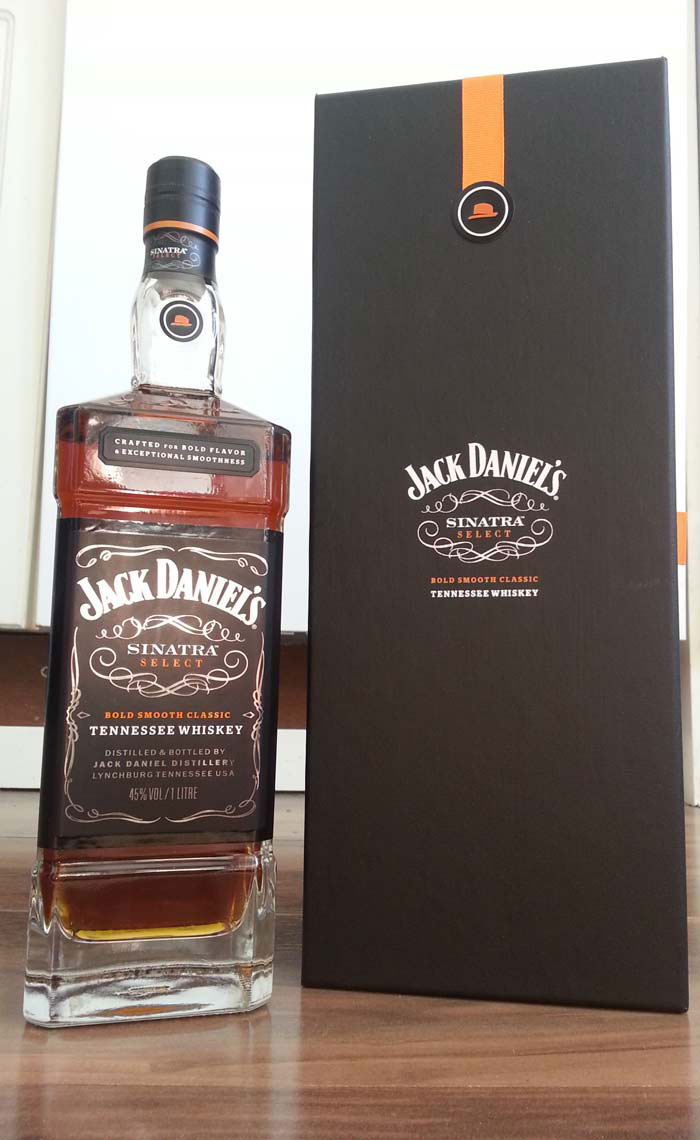 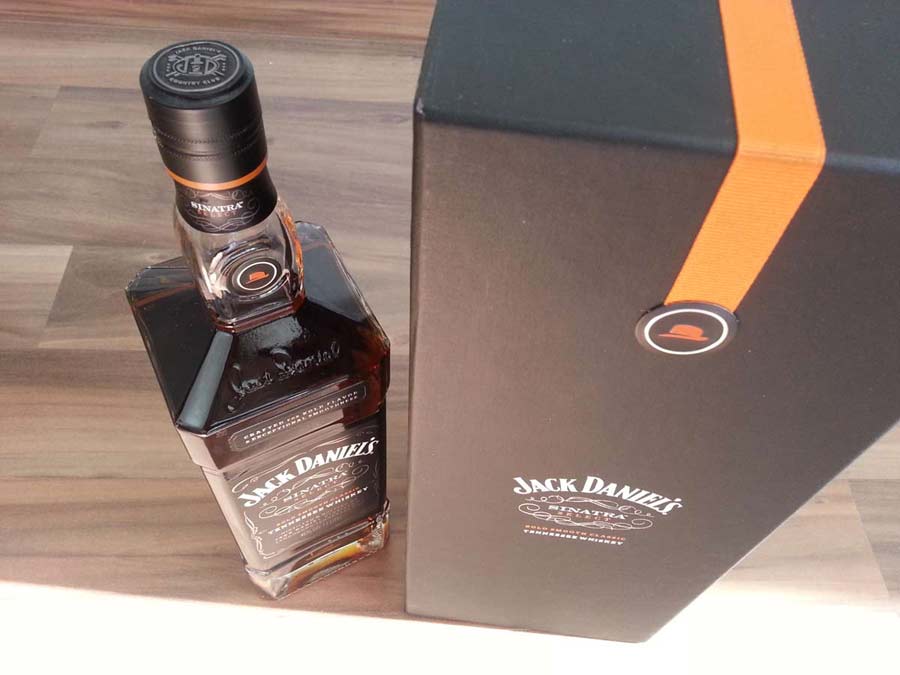