In Rye We Trust

Kyro distillery, or Kyrö distillery, as we Finns and Nordic people will say and write it, is probably the most anticipated Finnish whisky distillery. At least in my book. Along with Valamo Monastery’s distillery, they will offer a special kind of whisky for the market. They will make 100% malted rye whisky. As a fan of rye whisky I have already heard great things about Anchor Distilling Company’s straight rye whisky made purely from malted rye – Old Potrero 18th Century Style Whiskey. Unfortunately I’ve only heard about it, haven’t had a chance to taste it. But when the first whiskies of Kyrö Distillery Company come out, I’m sure as hell going to be tasting them. 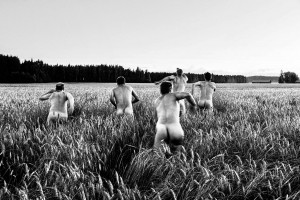 Kyrö Distillery Company (KDC) started their business in April 2014 and since then they have been distilling rye whisky in an old dairy in Isokyrö, Finland. Isokyrö is located in Ostrobothnia region of Finland, which is located in the west coast.

KDC is planning on producing 20 000 liters of whisky a year. And one of the main reasons for using pure rye malts instead of mixing rye with corn is to stand out from competition. Malted rye is not a common way to make rye whisky. Apparently it’s the delicious way, and if the spirits from KDC are as good as they’ve produced so far, there can only be good rye whisky coming from this whisky distillery.

The pot still for Kyrö distillery was made by Kothe Destillationstechnik in Germany. It can hold up to 1200 liters, which would allow over 40 000 liters of annual whisky production. Like stated before, Kyrö distillery’s plan was to make 20 000 liters per year. So I’m guessing that the cleaning of “rye gruel” caused by malted rye makes the production a bit lower. That is just a hunch. All their whisky will be matured in new American white oak casks. They will use 16, 32 and 62 liter barrels, charred between levels from 1 to 4, which are the most commonly used levels. 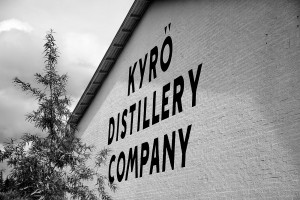 Kyrö Distillery Company has made its mark already

Kyrö distillery has already made an impact in the spirits business. The world’s best gin and tonic title already grew interest. They’ve been a big part of Finnish media coverage to say the least. And their main product is still on the way. So I’m guessing that big things will happen.

Kyrö Distillery Company wants to take its share especially from the Asian market. I’m not sure how big rye whisky is there, but the marketing of KDC seems good and also the buzz around them seems to be quite big already. Thanks to Napue, of course. If they manage to grow in Asia, there will surely be a place for growing their business. They started with only one full time production worker (Head Distiller Kalle Valkonen) and have ever since increased their team. In Finland, you can nowadays get a long drink (popular Finnish alcoholic beverage) called Long Kyrö. Made from Napue gin. So there are lots of opportunities to branch out for this Finnish company – the pioneers of Finnish rye whisky.

The first Finnish rye whisky will come for retail market in 2017. First Finnish rye whisky sounds very weird in this day and age, because rye has always been very important for us. Traditional rye bread along with our national booze called Koskenkorva (made using rye). That’s why the guys from Kyrö distillery came up with this idea in the first place: why have nobody been making rye whisky in Finland, even though the grain is involved in our everyday life so much?

The idea for Kyrö distillery by the way, came up in a traditional Finnish way. In a sauna. Hopefully we will get to taste a rye whisky matured in sauna pretty soon. That might be a nice experience.

Maybe the folks of Kyrö and Löyly, famous sauna for general public in Helsinki, can come up with some kind of agreement about it. Löyly might have the right kind of facilities for quick whisky maturation in their big ass wooden sauna.