Kyrö Malt Rye Whisky is the first core range rye whisky by Kyrö distillery, launched in 2020. Kyrö has already made quite a reputation with their award winning Napue gin, or Kyrö Gin, as they call it today.

They’ve also managed to release various batches of rye whiskey and finally after some experimenting, they’ve reached the stage where they were ready to launch first core range whisky. So this approach will be their first continuous whisky product.

For the core range rye whisky Kyrö decided to update the bottle shape and they’ve also added a nice looking package for the product. Rumors say that 1800 bottles were released in the first batch for Finnish, German and Italian market. This is what Kyrö says about their product:

“Kyrö Malt is the first Finnish single batch rye whisky, made from 100% malted Finnish wholegrain rye. It is double pot-distilled and aged in new American white oak casks. We use only intense and spicy Finnish rye, smoothening pot distillation and bold barrels, resulting in a whisky you have never tasted before. Kyrö Malt was awarded a gold medal at IWSC 2020.” 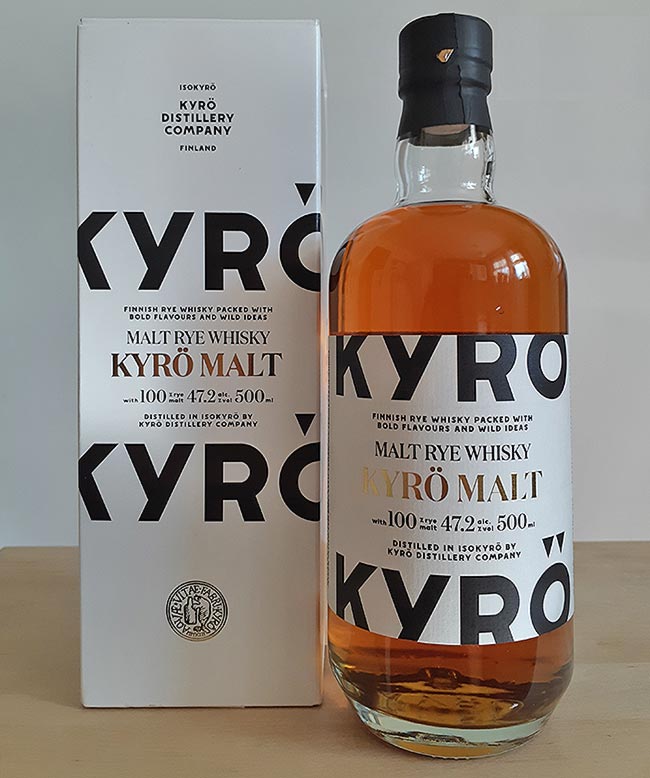 Like mentioned, this core range product won a Gold Medal at the 2020 International Wine & Spirit Competition. It received a whopping 98 points! Here’s what IWSC had to say:

“Beautifully crafted with a delicious nutty nose and a hint of toasted rye bread. Big and buttery on the palate with luscious cooked fruit and high spice from the cask. Absolutely delicious. Shows great maturity for a three year old.” 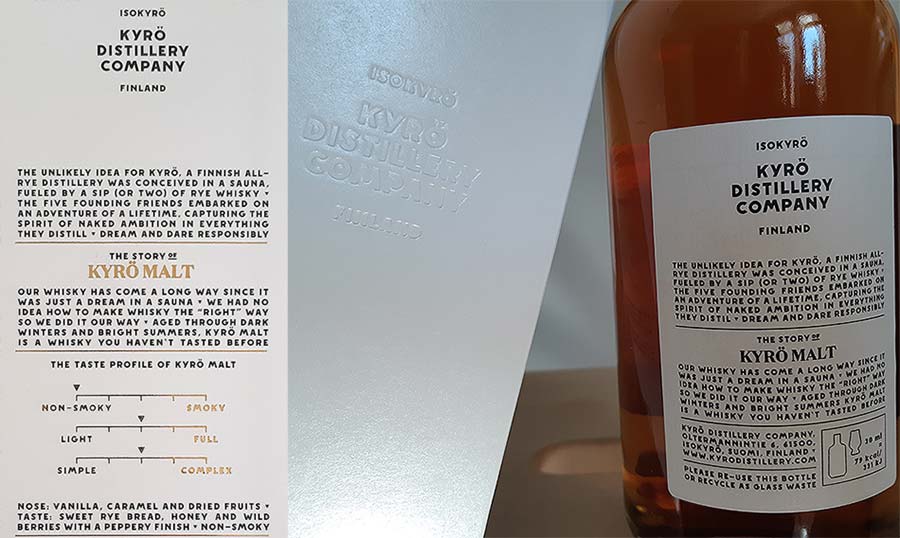 Check out my complete whiskey glass guide or read more about other gift ideas for whisky drinkers.