Whisky under the Ledaig brand is peated single malt by Tobermory distillery from the Isle of Mull in Scotland. The distillery founded in 1798, having undergone a number of periods of closure, was formerly known as Ledaig.

Tobermory’s malt whisky is being used for blends Scottish Leader and Black Bottle. The latter has core from Bunnahabhain malt but peated Ledaig is in the recipe as well. That’s because they all have the same owner, the South African drinks giant Distell.

Distell bought the business of Burn Stewart in 2013 for £160 million. In that transaction Distell received the distilleries of Tobermory, Bunnahabhain and Deanston, along with aforementioned blended brands.

According to the label Ledaig 18 year old whisky has been:

Tobermory usually uses old American bourbon casks, so my guess was that this has mostly been sitting in ex-bourbon casks before getting its finishing touch in sherry casks. After some digging I found out that was the case. 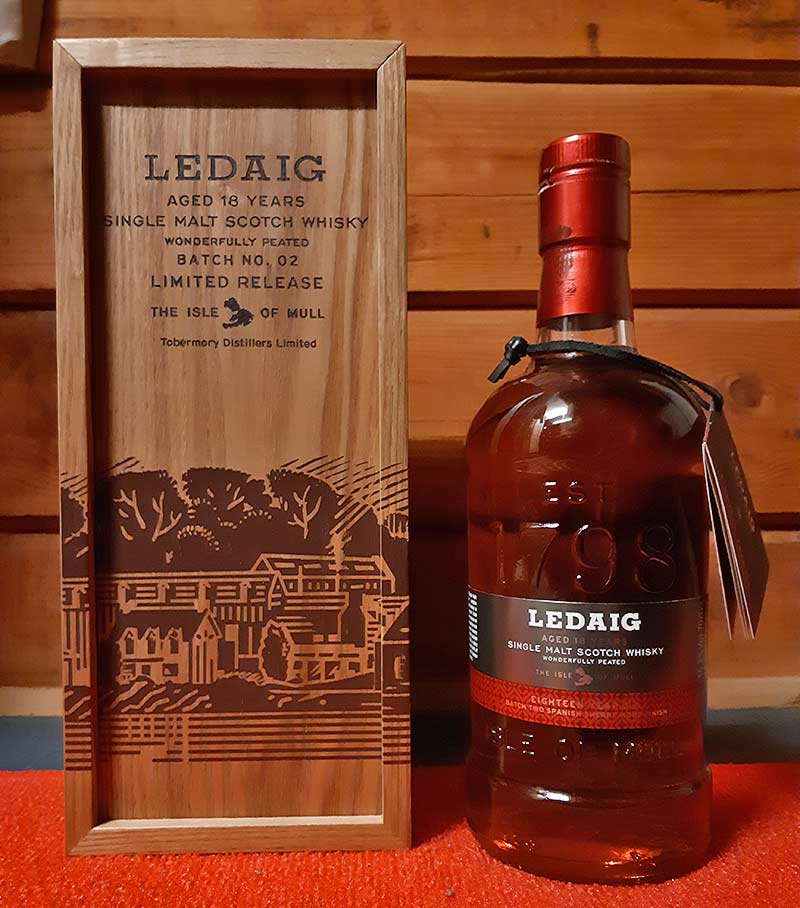 Ledaig 18YO is a limited release. I sampled batch 2 which was sold in a stylish wooden case. They changed the appearance for batch 4.

Let it breathe – take your time with it

I really like the Tobermory 10 year old single malt so I was looking forward tasting their more mature version. Especially because peated sherry cask whiskies usually hit the spot for me.

I have to admit, this Ledaig was tricky but after a while it managed to deliver the quality I was hoping for. Check out my tasting notes below and remember to let it rest in your whisky nosing glass – to really open up and give away that subtle smoke.

Buy Ledaig 18YO Whisky from Amazon UK
Matured in:
Ex-Bourbon casks, finished in Ex-Sherry casks
ABV: 46.3%
Non-chill filtered, no added colour
Colour: Gold copper
Nose: Red currants along with hops and some metallic aromas. Delicate herbal smoke comes in after adding water.
Taste: Lots of crispy berries, little bit of vanilla. Addition of water brings toasted notes and fruits, and some spices. Sherry influence starts to take in even more, adding red dried fruits.
Finish: Starts with crispy smoke. Stingy and fruity. Drops of water adds more smoke and makes the aftertaste peppery.
Balance: In my opinion, few drops of water makes this Ledaig much better. I probably would’ve scored it under 90 points if I hadn’t added water. Water improved it very much, took some edge off and gave room for the sophisticated smoke. Tasty dram if you let it breathe and give some water. 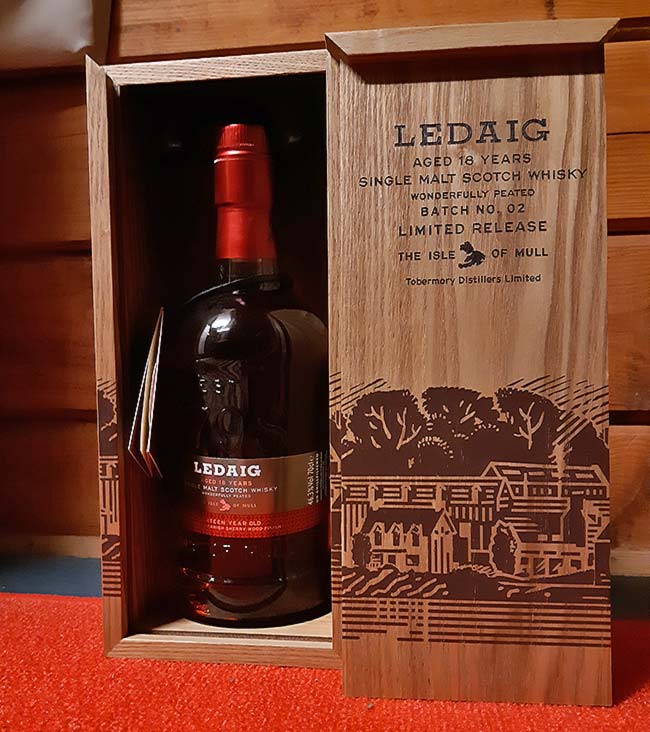 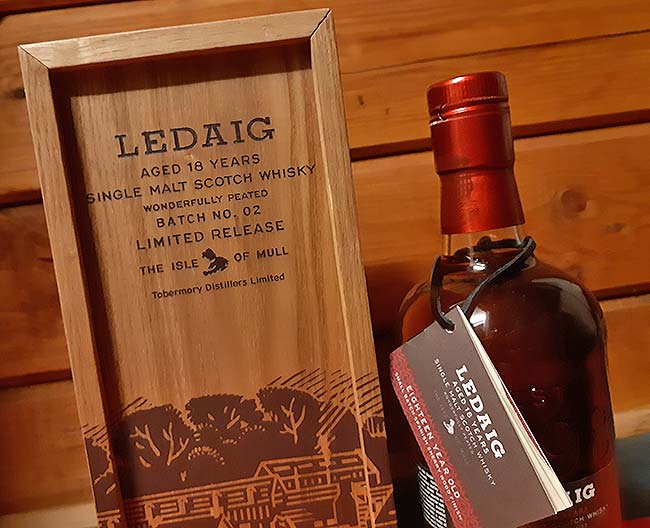