Bottled by Georgetown Trading Company, Pow-Wow Botanical is an 2 year old sourced straight rye whiskey. It’s been infused using mostly saffron and orange peel (other botanicals are not disclosed). So you can call this one a flavored whiskey.

The name of this rye whiskey comes from the Algonquin term for “gathering”. Pow-wow was described as a practice to make herbal recipes using what they could gather around them. This is what the bottler has to say about it:

“Inspired by an old Pow-wow recipe for infusing Rye whiskey with herbs & spices, we have taken a fine Rye whiskey matured in new, charred oak barrels, and carefully infused it in tiny batches, over an extended period of time, with Saffron (also grown by early settlers), Orange Peel, and other whole botanicals. No extracts or artificial colors are added.”

Mash bill:
Unknown
Maturation:
New charred American oak
ABV: 45%
Colour: Dark gold
Nose: Dark toffee with lots of menthol aromas. Very fragrant herbs, botanical influence is dominant without a doubt! Orange peel and mild spicy notes.
Taste: Peppermint dominates with slightly ryeish notes. Sugary sweetness comes and goes as the palate gives room for bitter orange peel, tobacco leaves and hints of warming spices such as cinnamon.
Finish: Bit bitter, hints of grainy rye but there’s a heavy menthol attack. Floral notes rise from the background.
Balance: This doesn’t feel like a whiskey, although my palate feels the evidence of rye whiskey. There is that familiar rye note but infused with so much botanical influence. Which makes this dram a bit funky. Still, quite pleasant with all that sugar and mellow yet powerful menthol. 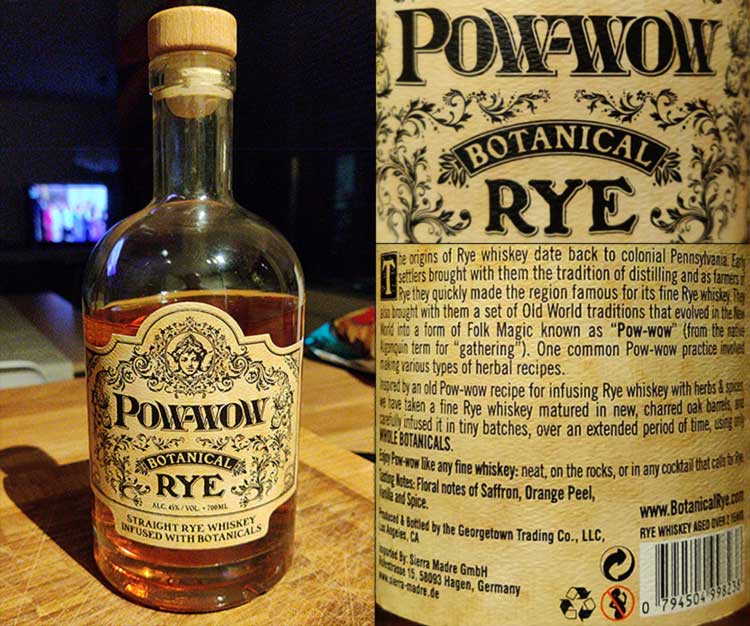